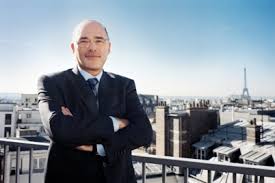 In an effort to close the book on the Mark Hurd saga, HP announced the appointment of Léo Apotheker as the company’s eighth President and Chief Executive Officer yesterday. Apotheker will also join HP’s Board of Directors.

Apotheker, who is a 20 year SAP veteran that was appointed the German business software makers CEO in mid-2008, abruptly resigned from the company earlier this year. He succeeds Mark Hurd, who resigned from the position on August 6 after an HP probe found that he had violated the company’s conduct standards.

Cathie Lesjak, who held the Interim CEO tag since Hurd’s abrupt departure, will return to her role as Executive Vice President and Chief Financial Officer.

Robert Ryan is HP’s lead independent director for the company’s Board of Directors:

“Léo is a strategic thinker with a passion for technology, wide-reaching global experience and proven operational discipline – exactly what we were looking for in a CEO. After more than two decades in the industry, he has a strong track record of driving technological innovation, building customer relationships and developing world-class teams.”

“HP has a powerful mix of businesses, products and services, one of the most innovative cultures in the industry, and an accomplished management team who have played a critical role in its success. I am deeply honored to be joining the more than 300,000 dedicated HP employees.”

For complete details on HP’s appointment, have a look at the company’s official release.