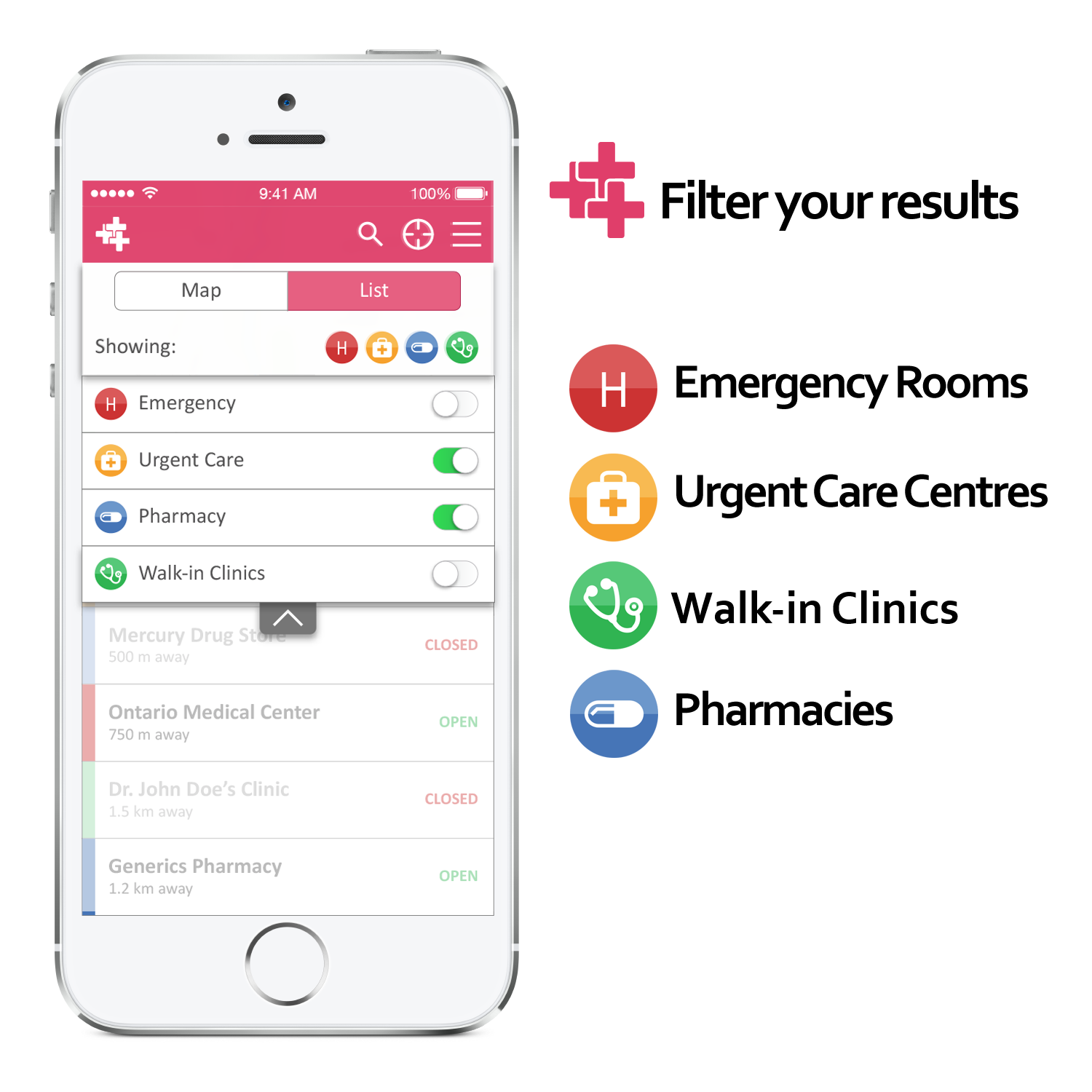 Only a young person would have come up with the name I Am Sick.

There’s a few potential reasons for that—perhaps because an older entrepreneur or marketing whiz would have chosen a name that emphasizes the provided solution rather than the severity of the initial problem, or at least a mononym. Ryan Doherty, the founder of iamsick.ca, was still a student at the University of Toronto when he and his team invented the platform in 2012, providing geolocalized medical data to Ontario.

Now they’re in the midst of a crowdfunding campaign to bring the service to the rest of Canada. The campaign, running until June 15, offers potential donors a chance to influence the growth of the company. The most-represented province will be the province that the company expands into next.

“We’re trying to offer a real value-add of being part of the crowd funding campaign, so we could build the product to where our interested users are. If there’s a lot of interest in PEI or Saskatchewan, we’ll go there, even though their populations are not the largest, and their cities aren’t as large as the other provinces,” Doherty tells Techvibes.

Iamsick.ca currently offers Ontarians the locations of the nearest emergency rooms, walk-in clinics, patient care centres and pharmacies, their hours of operation, and the languages available there in case the would-be patient is ESL. This is just a smattering of what they would be offering should the campaign reach its goals. Iamsick.ca intends to amp up the product in the next few updates with notifications for when doctors are taking on new patients, offline access to the requisitioned data, and eventually, data for relevant specialists like dermatologists or mental health practitioners.

First, though, they have to successfully expand their database in time with their product.

“We build it not necessarily for paying customers, but for the impact it can have,” Doherty explains. “Right now, we’re focusing on what’s most impactful for the user, and that’s the awareness piece. We’re building it so that it’s context-aware.”

There are challenges being faced by the organization, as Doherty explains, but they’re the sort of obstacles faced by most groundbreakers.

“One challenge, because this is a social enterprise, is that there’s no obvious business model. So accessing resources to help build it was a bit of a challenge,” he says. “Another challenge was the data quality. We brought in data from multiple sources, and every source was either incomplete or not clean. We merged them to create our own data set, and we had to fill in the gaps manually, and find out a way to maintain that information.”

Just over two weeks are left on the clock, with $6,000 to go. If the goal isn’t met, the team will continue its work. But the pace will be significantly slowed.

The concept has been in development for over two and a half years, from conception through to now. There’s no reason to believe that Iamsick.ca won’t live to fight another day should the campaign fail to meet its target. A campaign is a campaign, after all, not a war.