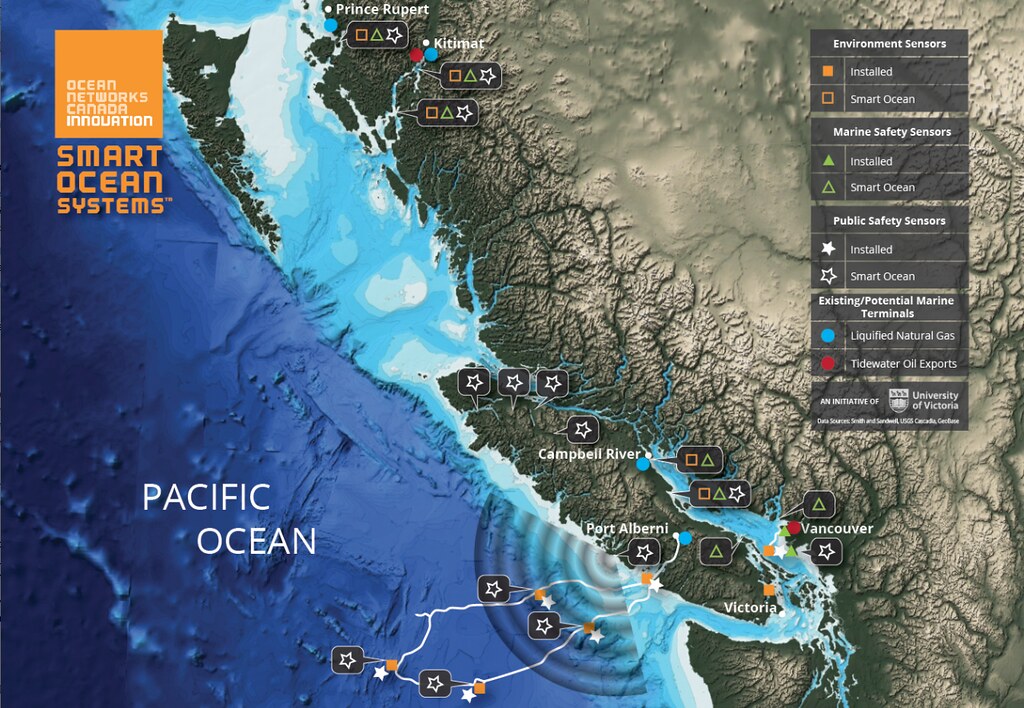 IBM this week announced it is collaborating with Ocean Networks Canada on a three-year, multi-million dollar project to equip British Columbia with a monitoring and prediction system to respond to off-shore accidents, tsunamis and other natural disasters.

The “Smart Oceans BC” program will use marine sensors and data analysis to enhance environmental stewardship and public and marine safety along Canada’s West coast. According to IBM, the technology will monitor vessel traffic, waves, currents and water quality in major shipping arteries and will include a system to predict the impact of off-shore earthquakes, tsunamis, storm surge, and underwater landslides.

IBM says it is investing $12 million in cloud computing infrastructure, analytics software, services and skills training to support this next phase of the system. Part of IBM’s commitment will go toward internships for over a dozen students from BC universities to build subject matter expertise and practical experience in this emerging industry.

“ONC has a world-leading marine sensor network and associated expertise,” says IBM President Dan Fortin. “IBM is making significant investments in technology and skills-training to ensure ONC has the capacity to analyse data from the new sensors coming online, which will allow modeling systems to better support disaster planning and drive Canada’s economic future through the development of big data skills and associated digital expertise.”

ONC will use an IBM, on-premise cloud to run simulations on earthquakes and tsunamis with a goal of predicting their behaviour and potential impact on coastal areas. Researchers will also employ a suite of IBM visual analytics, data streams processing, machine learning and data exploration software to develop, test and run decision-support systems with commercial viability that could aid industrial and governmental agencies in ocean management.

“Through IBM’s contribution, we’re able to draw insights and conduct analysis of a massive amount of new data that will be critical in the implementation of a world-class marine safety system,” noted ONC president Dr. Kate Moran.

Through a series of investments totaling $200 million in the past two years, IBM has made it a mandate in Canada to collaborate with academia and government to help further advance this country’s ability to innovate, address a critical skills gap, and drive analytics research.