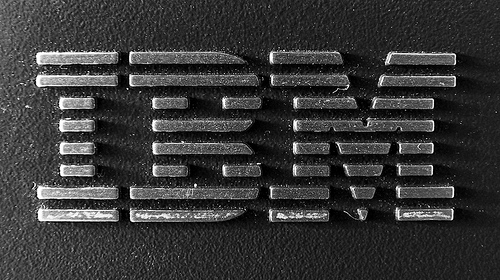 IBM plans to pursue more partnerships in the Toronto area and working with local startups will be a big focus, according to Sandy Carter, the general manager for IBM Ecosystems and Social Business Evangelism.

While Carter wouldn’t say much about the exact details and timing of the plan, it’s likely to share some similarities with the Digital.NYC program. That program saw the industry giant partner with several groups, including the mayor of New York City and a venture capital firm, to create an online hub for information and resources for and about the city’s tech community, particularly startups, as well as organize offline events.

“We are really honing-in and focusing on local ecosystems,” says Carter.

That ecosystem is particularly strong in New York, Carter says.

“New York City is the fastest growing entrepreneurship and development hub in the U.S.,” Carter says.

But it’s not alone, she says the company is now working to identify and build partnerships in other regions with strong tech communities

“Toronto is one of those cities,” she says. “We know that Toronto is a hotbed.”

It won’t be the only one, though. Carter says IBM is looking for other Canadian cities where it can become more involved. While research is still ongoing, she says the next one could be well-known tech hub or it could be a nascent community that needs help to grow.

It’s not just in North America. IBM’s Mobile Challenge partnership with Citibank, where participants compete to develop the mobile banking apps, has already included stops in Latin America. The next iteration will include visits to India, Singapore and Kenya.

“India has the most developers in the world,” Carter says. “We’re going where the developers are.”

Working with startups has business advantages for IBM, Carter says. If startups are using IBM technology, she says, “as they grow up, they’ll keep using it.”

For Angel Diaz, IBM’s vice-president for Cloud Architecture and Technology, working with startup and developer communities isn’t just about putting up money, it’s also about developing with open standards. “Money does not buy you power in these communities,” he says.

It’s something Diaz, who started as a researcher and helped develop HTML as well as other web standards, is obviously passionate about.

“Open always wins,” Diaz says. “To think you can out-innovate the world is a level of arrogance I can’t even fathom.”

That’s because it allows more people, including non-professionals, to develop their skills.

“The reason the web took over is because 12-year-olds were making websites,” he says. “More skill means more innovation.”

And that means “IBM wins because markets grow,” he says.

For Diaz, one of IBM’s biggest strengths is its ability to help businesses understand how technological innovations can be leveraged to achieve specific business goals. “You have to be able to bring these worlds together,” he says.

Bringing worlds together is also a big part of why the company wants to build relationships with startups in places like Toronto and New York.

Carter says the company has several programs that help foster relationships between customers of different sizes.

“Enterprise wants to work with startups,” says Diaz. “It’s all about ecosystems.”