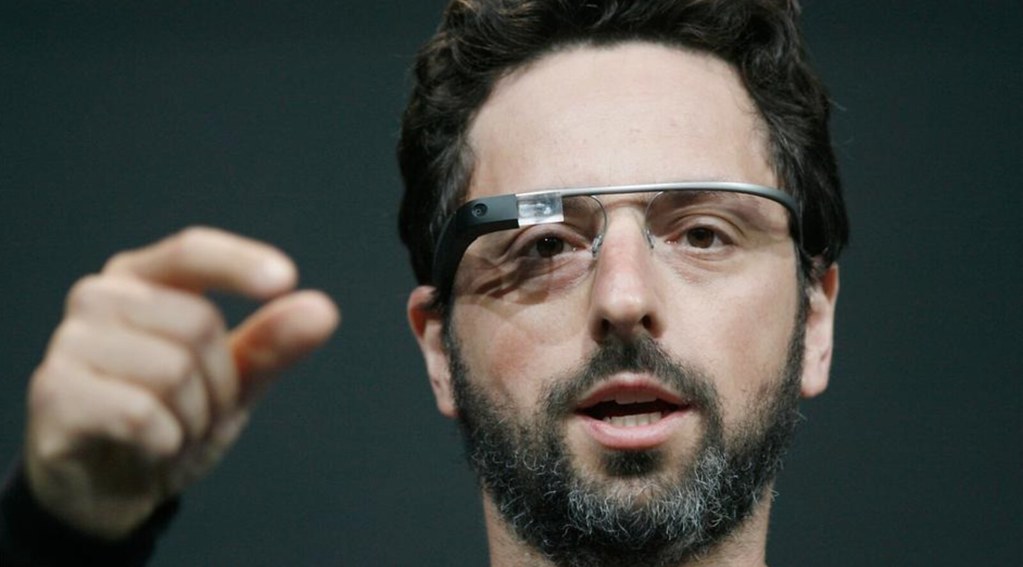 Ever since I watched Star Trek the Next Generation as a kid, I expected flying cars and teleportation to be real when I grew up.

Some of the wearables and gadgets used on Star Trek have vaguely shaped the technology we use today, but not to the extent my 9-year-old heart hoped for. Wearables have long been promised as the breakthrough technology that will really change how humanity interacts, but I think some major changes are needed before that happens. Since I don’t know much about technology, but I do know a lot about complaining, I have outlined my thoughts on how wearables should improve.  Apple and Google R&D, please form an orderly queue.

Today’s wearable tech can be rather intrusive and not have enough integration into your daily life. Google Glass makes you look crazy so for wearable tech to become more mainstream, it needs to get smaller.

I want wearable tech that I don’t even know is there like an outfit I can control with my iPhone or a ring that will notify me with important updates so I don’t need to have my phone out.  The main purpose for wearable tech is to be seamless and fit in your life.

Personalization is an aspect of wearable technology that is still very much in the development stage.  Siri elicits rage from me like no other technology on earth. The main time I want to use Siri is when I’m driving or cooking but that seems to be when she goes on strike.  When I’m lost (which is all the time) I want to touch the button and get directions, however I seem to never have the right timing. Here is the usual conversation:

Kirsten: Siri, get directions to home.

Siri: Hello Kirsten, what can I do for you?

*Siri has timed out*

I want my wearable tech (Siri, I’m looking at you) to be intuitive enough to not be tripped up because my timing was off by 2.5 seconds. I want wearables to have the capacity to learn (I know this puts us into scary Ex-Machina territory) and evolve with my patterns and behaviors.

In my fantasy world, Siri will know that when I’m driving outside of a 10 minute radius from my house that I’m probably lost and so she’s ready to direct me home or to the nearest Starbucks.  I’m hoping the new 3D Touch will have solve some of my Siri induced rage but we shall see.

The Internet of Things excites me because of the possibilities to be the most slothful person on earth are endless. I have a Philips Hue and a Roomba that I adore and they are best household items I’ve ever owned.

To really take the internet of things to the next level, I want everything to be seamlessly connected with my wearables- Hue to automatically turn off the lights when I go to bed and Roomba to know the floor is dirty and clean it.  The new app controlled Roomba excites me but my main Roomba complaint is that you have to pick everything off the floor otherwise it will be eaten (seriously, everything needs to be off the floor or you’ll come home to a sad beeping Roomba with something tangled in its brushes).

My mom and brother have Nest but I haven’t gotten one yet and it’s killing me. Since the weather in Vancouver is just rain and we don’t get the extreme cold that the rest of Canada gets, I won’t know the delight of having a heated apartment when I walk in the door. However, my brother (Hi Colin!) lives in Ohio so having an apartment that isn’t subarctic when he comes home is a treat (Colin also has an automatic starter for his car which is I am jealous of).

I want my home to be connected in a smart, seamless way to my wearable technology that makes sense and is tailored to my habits and lifestyle.  When I’m home, my Apple Watch should communicate to the Nest or Hue without me having to touch a button.

Talk To Me Like One Of Your French Girls

Wearables being connected to the things around us needs to be the next frontier of travel and maps.  Last fall when I visited Versailles (how douchey was that sentence?) I waited in line for entry, then again to get a translator ear piece thing because my French isn’t that good anymore. I abhor waiting in line so if I could have had a wearable device that would have picked up that I was standing in front of a painting of Marie Antoinette holding court and told me about it, I would have paid money for that.

Your FitBit Has The Right To Remain Silent

No matter the technical advancement, there’s a little part of me that’s suspicious of where my information is going and who can access it.  With recent hacks and privacy breaches in the news, it’s not unfounded that people would be worried about the latest wearable tech which collects more personal information about you than your bank. There was a guy in the news who’s FitBit was used against him in court for a personal injury lawsuit so there is reason to be careful with what you’re doing.

However, I try not to be an alarmist so I usually just try to get over myself. I only recently added a password to my iPhone so I’m probably not the most secure user of technology. There’s still a long way to go to get many consumers on board with having a device that monitors your most personal details.

Wearable technology seems to be one of those buzzwords that seems great in theory but hasn’t really panned out in real life. I was super jazzed about the Apple Watch when it came out but as I complained about before, it was useless. If people are expected to leap at every new Apple or Android offering, the wearable technology needs to be seamless and make our lives easier.

I don’t want to have an aneurysm screaming at Siri when I’m lost after making a wrong turn.  I want Siri to learn that I always say the full command instead of waiting for her acknowledgment, so she should adjust to my habits. Hue should be connected to a smartwatch and know I’m falling asleep on the sofa watching horrible TV and either turn the lights off or turn them bright if I tell it “don’t let me fall asleep.”

These little details are the make or break points for wearable technology to gain momentum in the consumer sphere.  Currently I have a super cool light system that lets me choose any color I want and control it with my phone, but aside from my brother, no one I know owns one.  Every time people come over they LOVE checking out the colors on Hue but no one has actually made the leap to buy one.

I want the world that Star Trek promised me.