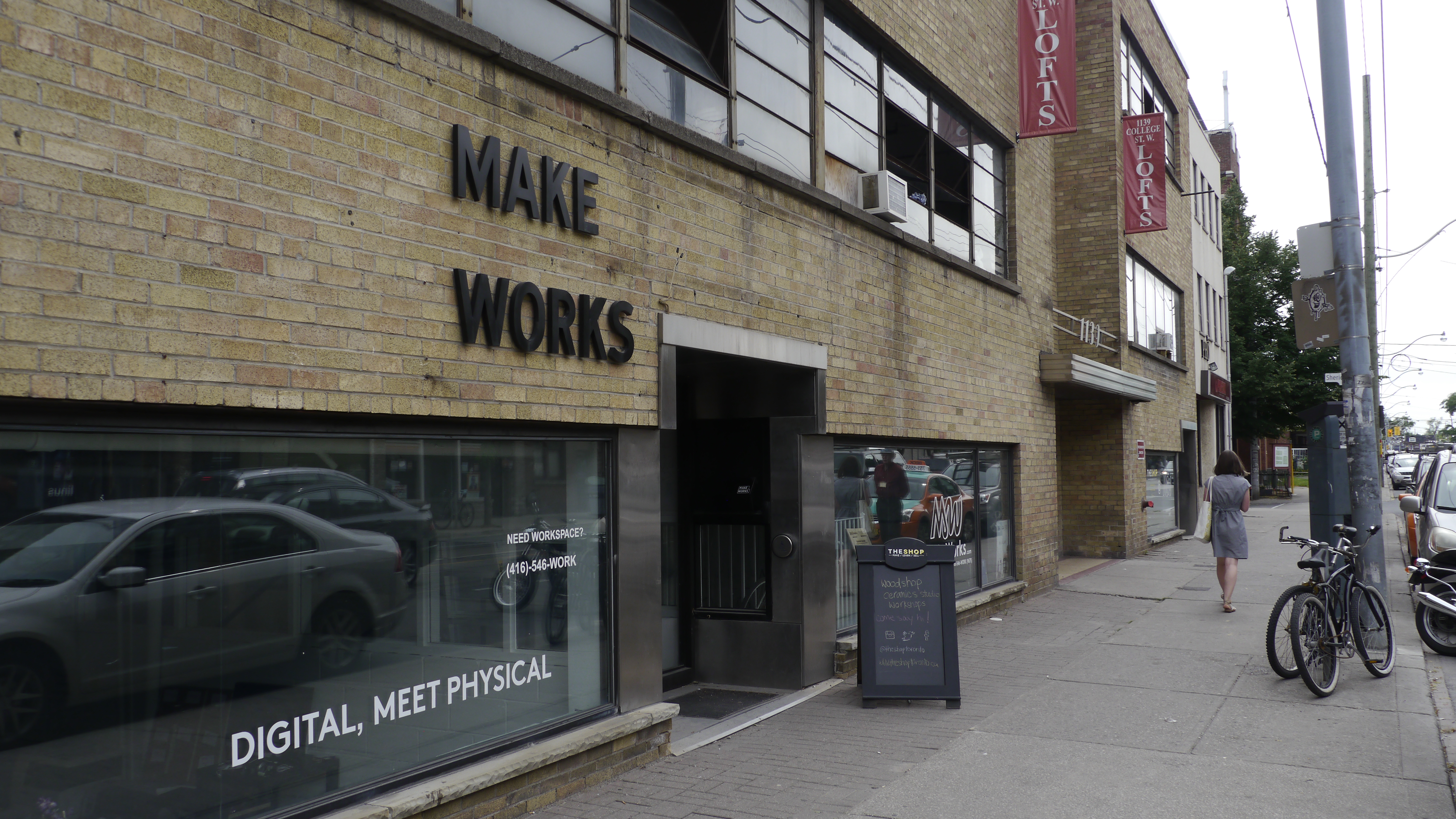 Earlier this month, Indiegogo Canada set up headquarters at the newly launched MakeWorks Studio. Founded by former Xtreme Labs Director Mike Stern, MakeWorks takes a brand new approach to coworking by providing a space where both digital and physical startups can work and collaborate.

“Toronto needed a new kind of shared work space catering to the next generation of startups, products and services. We built MakeWorks to serve a more diverse group of startups, and the feedback so far has been overwhelmingly positive”, says Stern.

Located in a restored shoe factory, MakeWorks is a 10,000 sq. ft. studio that includes a Coworking area, Prototyping Lab, Makerspace and large event hall for community meetups and hackathons. The studio is now home to over 30 diverse startups in the digital-physical space.

Four months ago, Stern started having “bourbon brainstorm sessions” with Ayah Norris, Head of Marketing and Community at Indiegogo Canada to learn how to raise more money for MakeWorks. As she learned more about the unique coworking concept, Norris wanted to not only advise the studio but become a major contributor to its evolution and growth.

“It’s an amazing space and full of innovators,” says Ayah Norris, Head of Marketing and Community Canada, at Indiegogo. “We at Indiegogo are so excited to be within the MakeWorks community and I think there is an incredible opportunity for us to collaborate with a lot of the entrepreneurs in the space.”

Because of this new partnership, MakeWorks’ members will have in-house access to the “’largest global fundraising site’s’ mentorship as well as potential future collaboration. Whether they want advice on their campaign or are just curious about crowdfunding, Indiegogo will be one desk away,” says Norris.

Today, MakeWorks is launching a crowdfunding campaign in direct partnership with Indiegogo Canada to continue to build out the vision for the space. This unique campaign offers a range of perks to allow people to check out the studio.