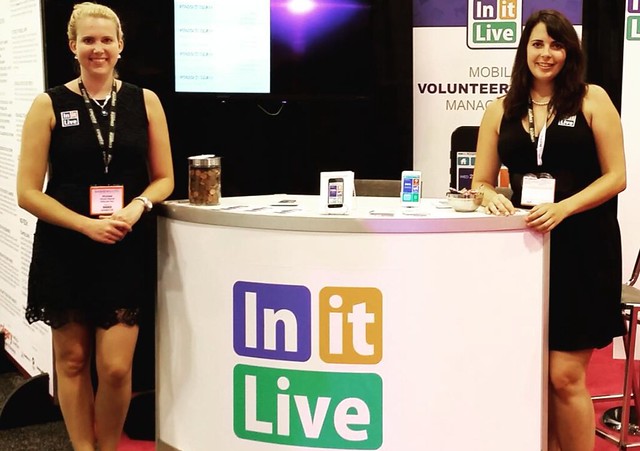 Coordinating volunteer and staff schedules requires the use of Excel spreadsheets, walkie-talkies and email. What’s more, if a volunteer fails to show up on the day of, it’s almost impossible for an organizer to find and allocate a replacement.

InitLive, based out of Ottawa, has developed a product to combat these problems. Their cloud-based solution is an alternative to the disjointed ways organizers recruit and communicate with volunteers before and during large events.

Organizers set up logistics and plug in volunteer information and schedules on the InitLive website pre-event.  Those details then get pushed to a mobile app. From their mobile device, organizers can keep track of and push out messages to volunteers who are scattered throughout the event space, account for no-shows and promptly respond to issues.

Importantly, the interface is user-friendly, making it easy for organizers to make changes to schedules and send important messages on the fly. InitLive CEO Debbie Pinard says their key differentiator makes it a distinctly novel product in the industry.

“There aren’t any others like us—it’s unique as the tool is back-end plus day-of real-time communications. Nobody has that piece,” she says.

Pinard started off in architecture for PBX systems at Mitel and in the latter part of her career she assisted startups with the patent filing process. She began to conceptualize a next generation “evanescent communications system” involving the cloud and smartphones. Her technical background led her to refine her idea into a tool that organizers could use to communicate with staff or volunteers on the day of an event.

InitLive is a part of the Wesley Clover incubator, an investment firm that supports a slew of ICT companies. Pinard says that having their backing provides the “security of just being able to concentrate on the product.”

InitLive launched the app at the end of January and quickly gained recognition in the event planning industry.  In May, they were named the top Event Tech Startup by a panel of judges as well as the audience at the 2015 IMEX conference in Frankfurt, Germany. The competition was hosted in part by the Event Manager Blog, a widely read website in the event industry. This recognition spurred ample coverage from other event and tech news outlets.

Pinard says that the media coverage has helped InitLive with lead generation and with becoming well-known in the event planning space. In addition, they participate in numerous event planning tradeshows to introduce event planners to the product.

The product’s market is sizeable. Pinard says they they’re going after a number of different types of events including festivals, conferences and tradeshows.