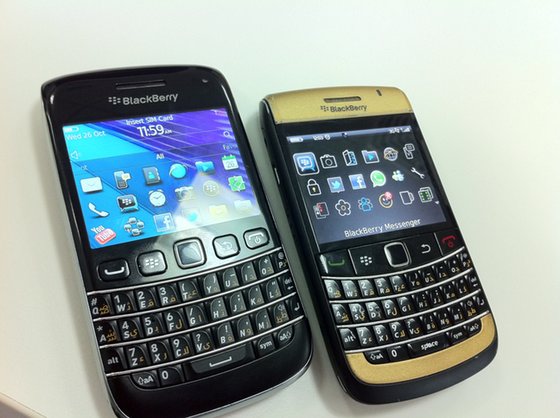 First thing’s first: this device hasn’t yet been announced by RIM. So maybe it won’t come to market. Maybe it’s just a prototype. We can hope, right?

Unfortunately, evidence is stacking up that a BlackBerry Bold 9790 is in the works with a launch to occur sooner than later. Why is a new product for the ailing company bad? Because it’s a backward step—the last direction RIM needs to move at this point. (The stock is down 6% today, likely due to further delays of PlayBook OS 2.0.)

The device has appeared in Koodo Mobile’s inventory system, as well as Telus’ device roadmap, so it’s definitely real. Unfortunately, this “new” gadget is simply a cross between the Bold 9900 and the Bold 9700. Problem here is, there’s no gap to fill between the devices. If someone wants a bold, they will get the Bold 9900. If they’re on a tight budget, they’ll grab the newest Curve. The 9700 is long dead.

I pitch the follow question to RIM: Why the hell are you spending resources developing subpar, old-out-of-the-box devices? You already have enough models—multiple Torches, the Bold lineup, the Curve lineup, and niche-fillers like the Pearl and Style. Let’s try for quality, not quantity, shall we? Or maybe improve the PlayBook or something? Anything?

According to BGR, the 9790 will feature a full keyboard and touchscreen, like the 9900, with “redesigned” buttons that basically look like RIM’s older button designs. It appears to have elevated navigation buttons like the Torch 9860, even though the trend among leading smartphones has long been toward flat or even recessed buttons (think iPhone home button) for a sleeker look and feel.

I want RIM to succeed. But the pioneer-turned-laggard needs stop digging its own grave.