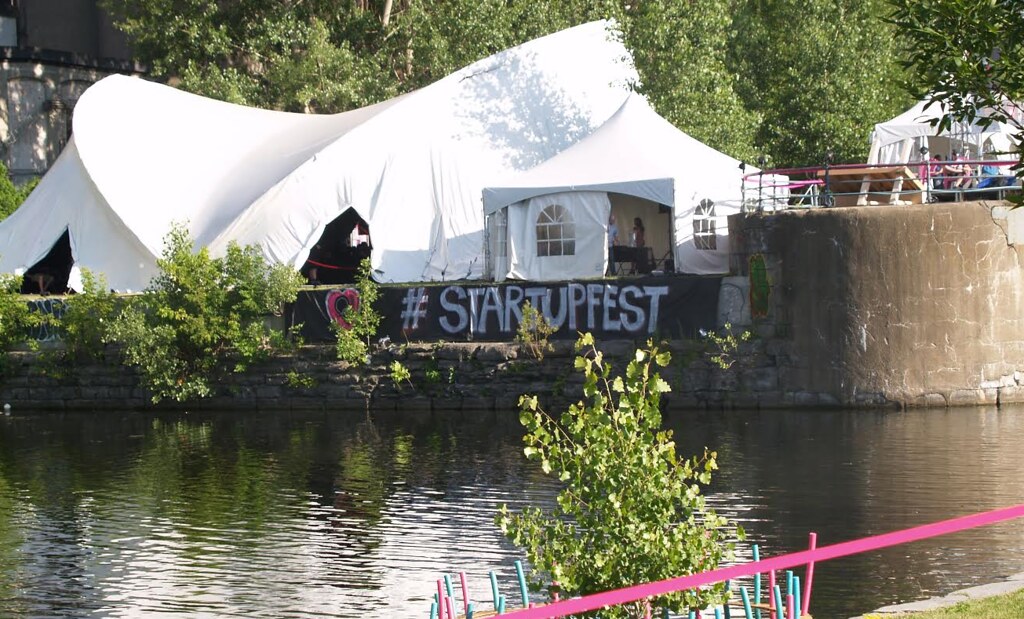 There’s no event quite like the Montreal International Startup Festival. Outdoors in the city’s Old Port, it feels like one of the summer festivals for which Montreal has become so well-known.

But, inside, it’s a little different than Jazz Fest or Just For Laughs. On the stages are successful entrepreneurs and investors with a lot of good advice for new startups. Here are seven of the best tips from #startupfest.

1. Ask for a bigger seed round.

Shane Mac, an Angel Investor and the CEO and co-founder of Assist, says seeking out a small seed round sends the wrong signals to investors.

When he hears that a company is raising a few hundred thousand, “I think first-time founder, high risk,” he told a Startup Fest audience. “You’re going to close the round and start fundraising again,” instead of working on the product, he says.

2. Don’t ask for investment at all.

“The easiest way to raise money is not to ask for it,” Mac says. He suggests that startups should just ask investors if they can “keep them in the loop.”

Sending regular updates gives investors a chance to see the product and team develop – which can convince them to invest in a startup.

While there might be more VC available Silicon Valley, there’s also more competition and that makes it harder to stand out from the crowd.

Greg Isenberg, the founder of 5by, which he recently sold to StumbleUpon, says Canadian startups should start raising money closer to home.

“Start a company here because this is the cheapest place in the world to start a company,” says Isenberg, a Montreal native. “Get that buy-in from home … then go to San Francisco and fill out your round.”

Hiring is also much cheaper in Canada than in California.

While people often talk about building a unicorn, it’s often an extremely high-risk strategy, says Tom Walsham, the director of product at The Working Group, a mobile and web design studio. He says it’s ok to build a “horse.”

5. Talk to the people who failed.

While it can be tempting to emulate successful companies, that might not be the best idea. From the outside, you’re only “looking at what companies project externally, not how they do things,” Walsham says, and those aren’t necessarily related.

Instead, it might be a better idea to look at the companies who failed in your space and try to learn from their mistakes. “You can leverage the advice of the people who failed to do what you’re trying to do,” Walsham says.

6. Listen to your customers (but not too much).

“You always have something to learn from your customers,” Walsham says. But it’s also ok to ignore them. After all, customers have their best interest in mind, not yours.

“Customer feedback is data points,” he says, “not a list of items you need to work on in order.”

“I worked for a company that had a database,” startup marketing expert April Dunford says. The company had a problem – no one wanted another database.

But when, during a sales pitch, a prospect said the product sounded more like a data warehouse, Dunford realized who her company was actually in competition with.

She changed how the product was positioned and that “changed everything,” she says. “We tripled the price.”