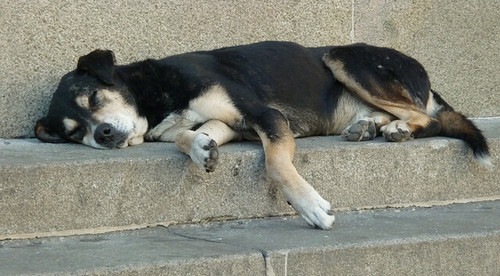 I’m reading a lot of press lately and there’s a raging debate on whether the angel community is losing money or making tons.

Whichever articles you have read, the purveying wisdom is that the angel community across North America is alive and well. For me, instead of hearing a healthy industry, I hear fatigue. And that is a big problem for you the entrepreneur as you go out to raise your seed, angel, or Series A in 2014.

Here is what media stories and financial data reports should tell you. Media tracks five and 10 year data and publishes it as if it’s new. It’s not. These stories tell me that angels are in deals, not exiting them, and I think that all the financial problems of 2008 through 2010 are not just the issues of the Occupy movement.

Through the combination of very few successful IPOs and companies hunkering down and holding on to their cash (thereby deflating the mergers and acquisitions market), its hard to believe that angels are getting out of any deals in four years. Unless of course you’re one of the few angels in the consumer internet space.

2. A friend in the venture capital industry once told me, when a bank’s limited partner starts investing in a particular sector, it’s time to flee.

3. The old adage holds: if your cab driver is giving you stock tips you missed the window of opportunity.

And I’m nervous that this is where we are at with the current energy around angel investing. Money that was there 36 months ago, I don’t think, is still there today.

If I’m right, this will hit you the entrepreneur right where you live—your cash flow on a quarterly basis.

Angels are used to doing either common or preferred stock deals, because they know that structure is required by VC’s in the next round. But if there aren’t exits, and VC’s in the food chain, angels will start to do deals where they get cash flow quarterly, interest on loans, and dividends paid sooner. I have also seen deals that give an entrepreneur the opportunity to buy out the angel at a three to five times rate in three to four years, because the angel simply got into the deal for the cash flow.

This assumes that the entrepreneur has a deal where cash will be flowing, which means angels aren’t looking at raw startups, a troubling sign for entrepreneurs looking to fund an idea or a prototype. But angels can do this because the VC’s are leaving the Series A space. They are leaving early growth companies for the angels to feed upon. This also makes another important assumption- that angels are actually funding anything.

Angels not investing is not a “first world problem” as I wrote about in my last article. With no VC’s and no angels you are left with an ecosystem of bootstrapping and Aunty Doreen as the only sources for building companies. So as an entrepreneur you had better hope that I am wrong.

To bring the circle around to you, the entrepreneur, when you start to look for money it is important to ask your potential angel the same questions you’d ask a VC.

1. What’s in your portfolio currently.

2. How are you doing on exiting that portfolio?

3. Do you have capital to invest or are you in the “maintenance” cycle of your portfolio management?

4. How long ago did you do you last deal?

These questions should be asked of formal angel groups as well. You need to know if you are going to pitch a scotch party or are the members actually doing deals? Interestingly, this “fatigue” doesn’t apply to new angels with full wallets.

In my case my last deal is recent. It was a pref share deal, no dividends, and co-investing with VCs. Time to take my own advice—maybe I should ask for a quarterly dividend as well.

I do not doubt any of the recently released stats on angel investing. I also do not doubt the fact that over the past few years’ investors took money out of the public markets and put it into private ones. But that means that right now we are in the management/holding pattern in the harvest cycle, and it makes me wonder how much new cash is really available.