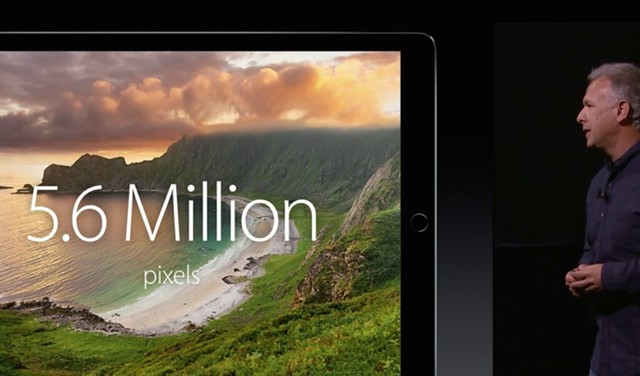 Today at an event in San Francisco, Apple unveiled the iPad Pro.

With a 12.9-inch screen, the Pro is as tall in landscape mode as the Air is in portrait mode. The screen has more than five million pixels.

The iPad Pro is powered by Apple’s new A9X chip, which the company boasts is “desktop-class performance.”

The battery life is roughly the same as the Air and Mini, according to Apple. The Pro has four speakers and is much louder than the Air.

The iPad Pro is only slightly thicker and heavier than the Air, Apple says.

The new device has a full-size software keyboard but Apple also unveiled a new accessory, a “smart keyboard,” that doubles as a case. It’s designed specifically for the Pro.