According to a number of online reports, Major League Baseball (mlb.com) has ordered it’s MLB.com writers to stop using their MLB Twitter accounts for non-baseball tweets. I first heard about this from Toronto pitcher and best-selling author, Dirk Hayhurst who tweets at @TheGarfoose: 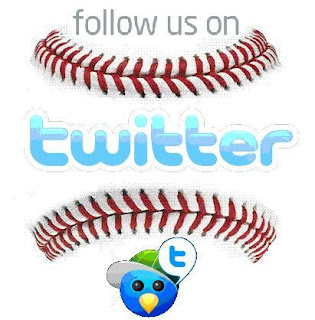 Reports state the MLB does not want it’s media to tweet about non-baseball related issues, and is planing rules for players as we speak. (Link)

This is an interesting development in light of yesterday’s wildy successful Tweeting Tuesdays promotion that was held by the Toronto Blue Jays.

It is my opinion that Bloggers/Tweeters such as @MLBastian, @TheGarfoose and even @TheStoryOfAGirl have helped (especially here in Toronto) engage and communicate with their team’s fanbase.  This is an age where fans of sports teams have the choice of where to spend their entertainment dollars.  This is the time when fans are looking at their brands to engage with them on an individual level.  Marketing has changed with the popularity and ubiquity of social media tools.

I understand that there should be rules of engagement for employees.  However, this is different.  Tweeting and blogging is more than just reporting the facts.  Its also as much taking the thoughts that are in your head and giving them a place to happen.

It will be interesting to see the level of engagement that continues throughout this baseball season.  Will fans (like me) continue to follow Dirk or Jordan for baseball thoughts and personality?  Or will fans move over to “unauthorized” sources like @drunkjaysfans and @taoofstieb?  My guess is that players and employees will open personal accounts and tweet from there.  And if this happens, what really is MLB trying to accomplish?

Like I said, this is going to be an interesting summer.  Especially in Toronto where the Blue Jays continue to struggle at the turnstile.