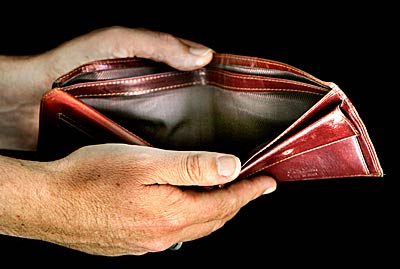 The powerhouses of the VC/angel blog community, including AVC.com, Both Sides of the Table, and Brad Feld in Startup Communities, have all written about angel and venture capitalist returns and how they impact startup communities locally. I too feel this is a big issue.

I’ve been part of the investing space for a long time now, measured in decades not months, and there are times in my local community where the both the angel and institutional pool are completely dry. My big question is, does this reflect a lack of willingness on the part of the investment community to play? Or does it reflect a lack of investors?

Truthfully, it can be both. And while there is a lot that can be said about investors not wanting to participate in tech because something else has their attention for the time being, the reality is that a lot of the blame rests squarely on the local entrepreneurial community for losing that money in the first place.

I remember in one particular community which I am deeply familiar with, that, during the end of the bubble period of 2000 and 2001, some of my colleagues had a real sense of exuberance for two companies. So much so that over $17 million of investor dollars was sitting in two companies. Imagine what $17 million would have done for the local tech community during that time if it had been spread across ten companies instead of two?

Let’s go through the analysis of what could have happened if they had spread the winnings across 10 companies:

1. It would have mirrored a portfolio approach mitigating risk across the stack.

2. It would have enabled more investors to follow that $17 million in those 10 deals.

3. It would have leveraged and brought new money, i.e. first time investors into the pool.

Unfortunately, the opposite happened.

This community went “zero-for-two” on the entire pool. The investment community was without startup capital and the two companies chalked it up to changes in the tech landscape.

Interesting how many companies tie their demise to tragedies such as 9/11 or market chaos, but never because they were crap to start with (but I digress). Whether the companies were horrid opportunities, or whether “market conditions” impacted the outcome is irrelevant, what is relevant is that from this whole debacle a large metropolitan area went without startup capital for a huge period of time.

How did it get better? Some companies from the pre dot-com vintage exited. Investors made money in other sectors and decided to give tech a whirl again, and new investors decided to give angel investing a try.

Now this area has a vibrant startup community. One that is focused on quality deal flow. They have accelerators and incubators, and active angels and VCs.

In my case, some exits have allowed me to reinvest, and like most entrepreneurs, I’m enjoying being part of building things, which includes the community I live, work and play in. It really isn’t as much about the money. Hence the articles recently about angels losing money and the revelation around the fact that some don’t seem to care. They see it as giving back to the community. However, don’t assume that this mantra is for all angels, some invest seriously to make a living.

Yes, the angels maybe should have done more homework—so should you! Do you want to be known as the entrepreneur who fooled a bunch of angels and maybe some VCs and in the process made sure your other startup colleagues didn’t receive the capital they needed because you squandered the local resources? (For a quick refresher on this subject go back and read respect capital).

There is only so much to go around, and the story I recounted above ensured a generation of great companies went without. Don’t be the reason angels and venture capitalists lose money—not for their sake, but for your fellow entrepreneurs and the next generation of great ideas in your community.