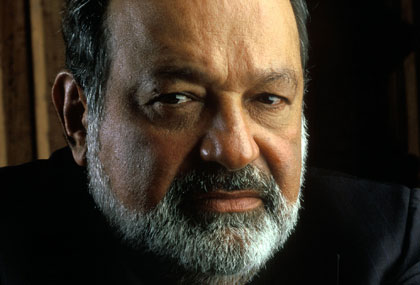 The world’s richest man owes much of his fortune to American Movil, the fourth largest mobile operator in the world with well over 200 million wireless customers –  or more than six times the total population of Canada.

Mexico is less than happy with the guy, claiming his wireless business operates as a monopoly in the country with a 70-percent stranglehold of all wireless subscriptions. Now he may be coming to Canada.

UBS analyst Phil Huang believes that American Movil is interested in opening a mobile virtual network operator in Canada, and has been considering the possibility since last March, when the Canadian federal government announced that they will allow more foreign ownership in the telecom sector.

When this would happen – and through which wireless carrier – remains unseen, but certainly, with a wallet as deep as Carlos’s, he has many options.