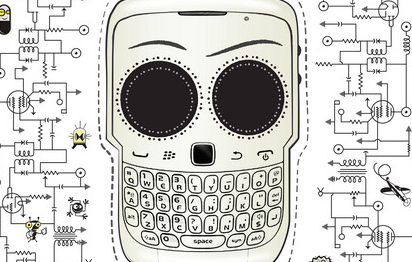 Veteran Globe and Mail business writer Sean Silcoff gave an inside look into one of Canada’s most recognized brands at his book signing on Tuesday, and while it may not have been planned, his timing was exceptional: he hit the podium with the latest book he co-authored alongside colleague Jacquie McNish just hours after Blackberry released their latest quarterly report.

The book, titled Losing the Signal: The Spectacular Rise and Fall of Blackberry, could not be more fitting, especially as sales for the fallen giant hit their lowest since 2007. Silcoff and McNish managed to snag interviews with some of Blackberry’s top executives and approximately 120 people that worked in or with the company in an effort to reveal what in fact went wrong and why.

“People who worked at RIM, a lot of them, were ashamed to talk about it,” said Silcoff. “They were so proud and it had just fallen to pieces. There was a lot of trauma out there. I think people found it refreshing that we came in with an open mind and wanted to hear their stories and learn from them.”

After having given the room a run down on the basic history of RIM and a few fun anecdotes to get the audience going, Silcoff began to read an excerpt from his book. This particular passage took place in the early 2000s when Blackberry was just starting to really take off in America but was still having trouble breaking into the European market.

In the scene, Jim Balsillie, the former co-CEO of RIM, showed up at a big conference with the hopes that he would be able to somehow convince the top wireless CEOs of Europe to carry his Blackberry. He manages to change one of the place cards at his most sought-after table with a makeshift card of his own. As one might expect, Balsillie does not get kicked out of the conference and in fact manages to convince the group to hand over their business cards and give RIM a chance to make a deal.

Silcoff and McNish have been able to uniquely interweave the narrative of a company that lost so very much in such a short time. Thankfully, the voice of Mike Lazaridis and Jim Balsillie are strong within ‘Losing the Signal’ and help us to realize the very personal journey that exists behind Blackberry.

“We were fortunate in reporting this book to have really unlimited access to Mike and Jim. Timing is everything and they were ready to speak with us,” says Silcoff.