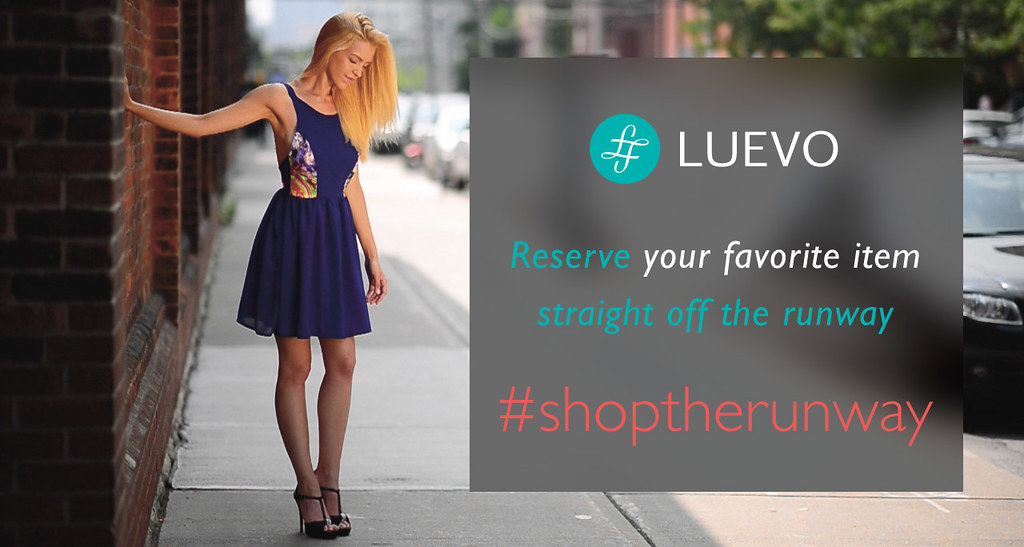 Toronto entrepreneur Ana Caracaleanu, cofounder of Ryerson DMZ fashion startup Luevo, began her career in fashion as a model when she was 15 years old.

By working with emerging designers, she learned a lot about the business and was inspired by the fact that fashion shows are a big marketing and PR platform.

But the tool doesn’t always drive direct sales and demand for emerging designer fashions. “Buyers don’t go to fashion events anymore,” explains Caracleanu. So she decided to launch Luevo, which fills a much needed gap by crowdsourcing demand for production of emerging designers’ garments directly off the runway.

And fashionistas get the looks before they even go to retail, because Luevo helps designers to ship directly to consumers. Each emerging designer collection stays up for 30 days on the website.

Unlike its biggest competitor, Moda Operandi, Luevo is for the 99% of fashionishtas who want to pre-order fashion-forward designs straight off the runway but cannot afford to spend $10,000 on an Armani dress.

“90% of fashion week attendees are bloggers and fashionistas who can’t pay for the designer clothes that they’ve gone to see,” says Caracaleanu.

The Luevo website has been under development for the past year. Caracaleanu and team launched a pilot project with a fashion week this past March in L.A. According to Caracaleanu, “three out of the five designers we worked with were successful with pre-orders off of the Luevo platform.”

So far, Luevo has partnered with eight U.S. emerging designer fashion weeks starting this September. She says that the “Canadian fashion market just isn’t strong enough to partner with right now. It’s just not sustainable without demand for emerging designers.”