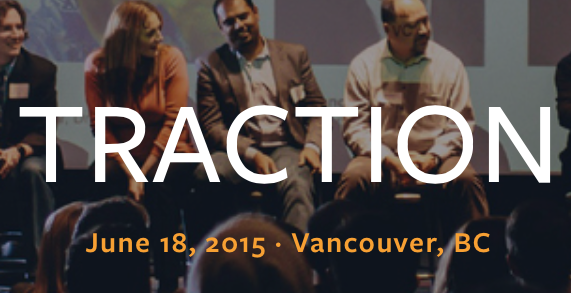 Ben Rubin, founder of the viral livestreaming app Meerkat is set to speak at Traction Conf in Vancouver on Thursday, June 18.

Meerkat has been riding a media wave since its recent launch, and was dubbed the “coolest cat” at SXSW a few weeks ago. The startup has since raised $14 millon from a number of investors including Ashton Kutcher and Guy Oseary’s fund Sound Ventures, Jared Leto, Gary Vaynerchuk, YouTube co-founder Chad Hurley and Universal Music Group.

Greylock Partners led the financing and Partner Josh Elman (who formerly led growth at Twitter) has joined Meerkat’s board of directors. Traction Conf had recently announced the addition of Greylock’s Bobby Goodlatte who was previously the design lead for user growth at Facebook.

The conference is for companies who want learn how to propel their business forward as leaders from LinkedIn, Pinterest, Quora, Dropbox, Zillow, Hubspot, Marketo, Groupon, AngelList, and Hootsuite will be sharing their growth strategies and tactics. Topics include content marketing, analytics, testing, conversion optimization, retention, virality, monetization, sales, and partnerships.