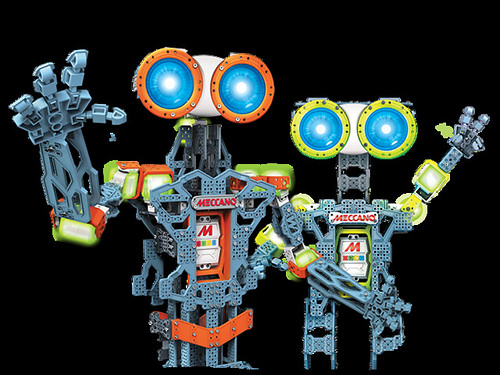 Back in 1962, a TV cartoon produced by Hanna Barbera called The Jetsons forever changed what the baby boomer generation would think of modern day living.

Included in this futuristic world of full meals being created by adding water to pills, flying cars and automatic everything, was the integration of domestic robots that cover every household task you can think of. They even had a semi-autonomous robot maid named Rosie who carried on full conversations with the family while cooking dinner and sweeping the floor at the same time.

Now over 50 years after the creation of The Jetsons, we can easily compare the accuracies and incredible inaccuracies that an early-60’s TV show predicted about the future. One prediction that is well on its way to being fully realized however, is the continued development of cutting edge tech that’s making robots in the home a reality and sometimes even a necessity.

One such example of this is a home robot unveiled at CES 2015, which is called Furo-i Home. This made-in-Korea, cone-shaped robot on wheels is adorned with a monitor which acts as its head. The monitor displays a cute doe-eyed robot face that hopefully won’t scare the bejesus out of your babies and pets.

Among other things, Furo-i Home can connect with the smart devices in your home and with a verbal command turn the lights on or off and control the heat settings. You can set it to wake people up, remind them to take their medicine and a list of various other to dos you have in your schedule.

Another incredible robot called Droplet is a must have for gardeners or anyone who has greenery but has no interest in caring for it. This robot can be programmed to water specific flowers and plants and will know how much water each one will need. It can also connect to the internet and will study local weather patterns to determine when to water everything. If you live in a region that has water usage restrictions it can adhere to those as well.

Then there is the Budgee Robot Assistant which is an ingenious piece of machinery. It is a robot that follows you everywhere and can carry your things for you, whether they are heavy or you just have a lot of stuff. Budgee can carry up to 50 pounds and help with things like bringing groceries into the house, carrying laundry, suitcases and pretty much anything you need. It follows around a sensor that you carry or wear. The company that created Budgee, Five Elements Robotics, just won the Technical Innovation of the Year Award at CES for Budgee.

For those of us who are sensitive to dust, pets and are especially turned off by bad odours, there’s Atmobot created by Ecovacs Robotics. This amazing device will roam around your house like a robotic ninja, seeking out allergens and bad smells and then using its powers to make your home free of them.

Not to be outdone, Canada has a great addition to the fray called Meccanoid which teaches children how to build and program their very own robot, two skills that the next generation better learn, tout suite. The bot was created by Spin Master and they have said that it is a great tool to keep kids interested in programming and code.

These are but a few of the incredible new robots that are now on the market to give our daily lives a little less responsibility, which is never a bad thing. Although we are not yet at the level of The Jetsons, flying around in cars, living in elevated homes in the sky with robots catering to our every whim, at the very least you can buy a robot today that will take out the garbage so you don’t have to.