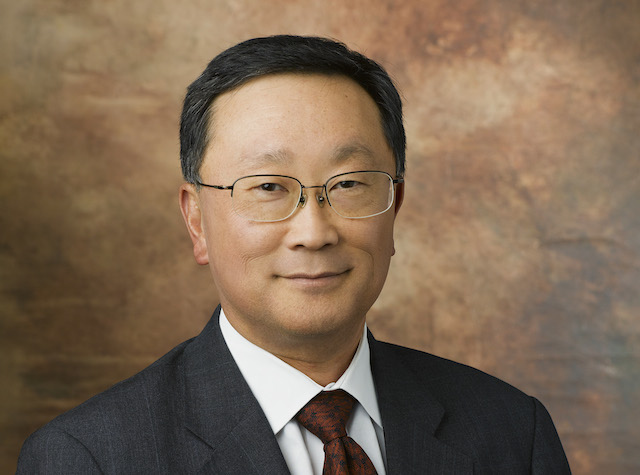 With Thorsten Heins on his way out at BlackBerry, it’s time we get to know a little about his replacement.

58-year-old John Chen is taking over as chairman of the Waterloo-based company’s board of directors and will also act as chief executive officer until the role is filled permanently. This means Chen will have more influence over the direction BlackBerry goes from here on out than anyone—even Prem Watsa, the CEO of Fairfax Financial, who spearheaded the move.

But who is Chen?

Chen is an American citizen who graduated from Brown University in electrical engineering and also holds a master’s degree from the California Institute of Technology.

He most recently worked at Silver lake, a technology-focused private equity firm. He started there in 2012 after leaving Sybase, where he led a decade-long turnaround for the company, transforming it from a money-losing software firm into a profitable company that was acquired by SAP in the summer of 2010.

A turnaround at BlackBerry will certainly prove more difficult than a turnaround at Sybase—if not impossible. And with the company already having been dragged through the mud since 2008, investors may not have another decade to wait for a Sybase-length resurrection. So to Chen: good luck, you’ll need it.