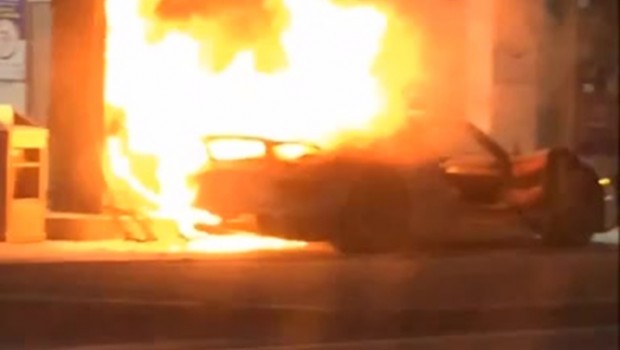 A rare Porsche 918 Spyder Hybrid was razed after bursting into flames at an Esso gas station in Toronto this week.

CBC confirmed that the owner of the vehicle, valued at $850,000, was none other than Michael Wekerle Dragons’ Den. The Porsche was less than a month old, according to CBC.

A local who lingered at the scene of the accident told The Caledon Enterprise that when the scorched remains of the Porsche were towed away, Wekerle broke out a harmonica and started playing a melancholic song.

Reports suggest Wekerle overfilled the gas tank and the vehicle, which was presumably on, caught fire.

Less than 1,000 of these cars will be made worldwide, Porsche says.