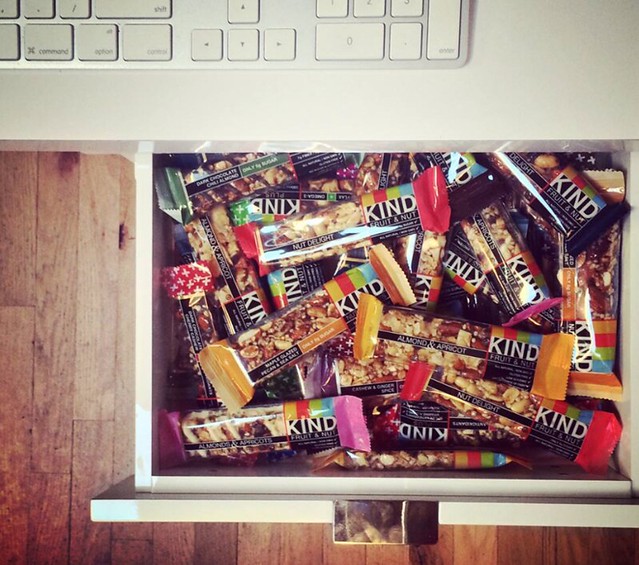 While working as a VP of Purchasing and Product Innovation at freshii several years ago, James Tjan was tasked with coming up with ways to drive more traffic to their restaurant locations.

One of his solutions was to provide smaller snack-sized portioned meals during the mid-afternoon. The popularity of the test surprised him.

“We saw this flood of customers coming in between two to 3:30 just to grab half a wrap,” says Tjan. “As that happened I started to think, instead of having these people come in, why not bring snacks to the office instead?”

After leaving freshii in 2011, Tjan took this idea and a year later created Mindful Snacks – a Missisauga, Ont.-based healthy snack delivery service that targets offices. Tjan says that though the idea of a snack delivery service is common in the United States, it isn’t as widespread in Canada. Currently, Mindful Snacks boasts clients such as Google, eBay and Twitter – and Tjan says that targeting tech giants was completely intentional.

“We knew the tech industry in particular were early adopters of providing free meals to their employees,” Tjan says. “It was Google in the US that, I would say, really led the way and a lot of companies wanted to be Google-like. Not only did they give away free meals, they led the way in providing healthier options.”

He also knows that people in the tech industry in particular are stuck at their desk all day doing things like coding and calling clients, which further increases the need for healthy snack options. “It’s easy to grab a chocolate bar or pop at a vending machine. They get their kick, but they end up crashing due to the high sugars found in these foods.”

For six months before officially launching his brand, Tjan tested his ideas and 10 healthy products with human resource managers from different companies, asking them what they were looking for in his services and collecting the data. Tjan says this patient approach was part of his success – and advises other small businesses to test their products in their market since it doesn’t take a lot of capital.

“I’ve seen brands scale too fast and they collapse, even though they have a great product,” Tjan says. “They just don’t have the resources or they run out of capital for supporting growth, or they’ve grown too fast that there’s an inventory problem.”

Tjan’s dedication finally paid off – In the August of 2012, he secured LinkedIn as his first official client, and at the same time, Mindful Snacks acted as the official snack sponsors at the first TEDx conference in Toronto. That event brought enough brand awareness to his company to secure even more clients in the tech industry.

Today, Mindful Snacks offers more than 140 healthy snack products such as trail mixes, fresh cut fruit and Greek yogurts. With targeting the tech sector in mind, they offer snacks that are well-known in tech companies in across the US, such as San Franola Granola. His company also holds the exclusive rights to distribute certain US products in Canada, such as the JimmyBar!, granola bars that are mandated to be offered in offices all over the Globe by LinkedIn.

Tjan feels that his product addresses the problem of employee productivity, as in-house snack offerings limit the need for employees to leave the office, and also the issue of employees having sugar crashes from unhealthy snack foods traditionally offered in vending machines. Of course, he’s thrilled to see his company from just a simple idea so many years ago at freshii – and he’s just as thrilled at the response.

“Besides the productivity, companies just love it. It’s a great way to recruit and retain employees,” he says. “As these companies show they care about the wellbeing of their people, it’s a positive return on investment.”