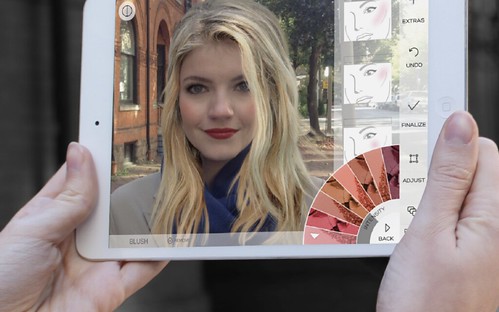 ModiFace, a provider of augmented reality technology for the beauty and medical industries, has launched of ModiFace Live, an iOS application that enables users to apply realistic, real-time video effects to live video, which users can record and share.

The app, which is based on patented technology created by ModiFace, includes effects such as makeup, contact lenses, skin-enhancement, emoji, and teeth whitening.

“We have taken our most popular 2D effects including contact lenses, makeup, teeth whitening, and face reshaping and turned them into photo-realistic 3D filters which users can play with on their live video,” said Parham Aarabi, CEO of ModiFace.

Users can also control the intensity of each effect, allowing for extremely realistic results in all lighting conditions. There is also a gesture-control mode.

“The best part is that some of the effects have hidden surprises when users interact with them—such as kissing to change the lip color or raising eyebrows to change eye color,” Arabi says of certain gesture controls.

ModiFace is based in Toronto.

The app was launched at TechCrunch Disrupt.