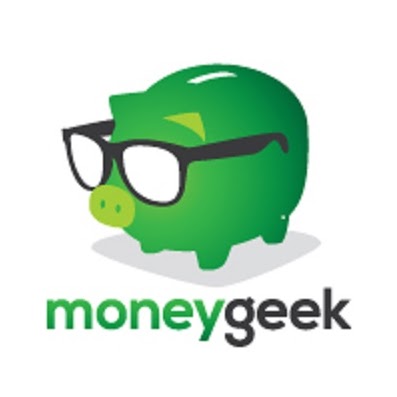 After MoneyGeek founder Dr. Jin Won Choi was featured in the Globe and Mail’s “Me and My Money” section last week, his site attracted thousands of new unique visitors.

But even without those new friends, MoneyGeek has been doubling up on traffic every month since it launched in April.

MoneyGeek is a site that provides regular Canadians with a “cookbook” on how to make sound stock market decisions based on Choi’s philosophy on value investing. Rather than making decisions based on the “efficient market hypothesis”—that the markets are completely rational, and one shouldn’t try to outsmart them—Choi thinks people should first find the true value of an investing opportunity, and invest in undervalued opportunities. The Globe defined it as “projecting how much cash a company can make available to investors in the future, and converting it to a present value.”

For a $45 per year membership, Choi offers his members the “cookbook and the ingredients,” for them to make their own decisions. This includes model portfolios, tools and instructions on how to implement a solid portfolio, and instructions on how to use brokerage accounts. Choi advises this membership for young professionals who have paid down their student debt, have begun saving and have over $4,000 to invest in the stock market. For wealthier professionals with over $50,000 to invest, MoneyGeek offers a premium membership that provides model portfolios consisting of individual stocks hand-picked by Choi.

While Choi possesses a doctorate in financial mathematics, he’s not a registered financial planner, and thus does not take members’ money, nor does he provide personalized advice. Rather, MoneyGeek provides general advice and model portfolios. In the end, said Choi, “you provide your own money, you do it yourself, you save a lot of money and you get better returns.”

Choi launched the London-based startup after two years spent working in the hedge fund industry, where he “helped the rich get richer.” He analyzed the portfolios oil and gas companies who continued to reap benefits that young Canadians simply don’t have access to. But he insists young Canadians don’t need huge amounts of money to learn the basics, which “are easy to learn and apply.”

“In the meantime I had some friends who were coming to me for advice over what to what to invest in,” Choi told Techvibes. “When I looked at the Canadian landscape I just didn’t see one site I could direct people to.”

So he built it himself. He used money that he had saved over his time working at his well-paying job, didn’t take any venture capital and spent over six months writing all the code. The result is a simple and well-detailed site complete with videos from Choi explaining everything a future member needs to know.

The fact that no other site in Canada is currently offering what MoneyGeek offers bodes well for the 31-year-old. He said American sites like Betterment and Wealthfront offer similar advice but they adhere to the school of efficient markets, which Choi does not. “I think there is an objective price that is often different from market price which you can take advantage of to do a little bit better than the market,” said Choi. “I’m not promising outlandish, 25% a year returns; I’m just saying you can do a little bit better than just trusting the markets that they know what’s best.”

Canadian Couch Potato offers model portfolios based on the efficient markets philosophy, but Choi wouldn’t describe the site as a “complete solution.” When asked about why customers may prefer investing based on efficient markets, Choi stuck to his guns.

“If you’re convinced that the markets are efficient, good luck to you. But I want to give my customers the best model portfolio and that’s why I follow the value investing philosophy.”