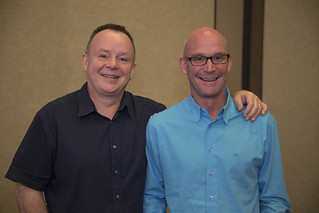 Montreal-based Haivision says it’s had a record year, with revenue growing to $56 million.

The company which sells streaming video and media management productssays revenue went up by 33 per cent year-over-year, during the 12 months that ended on Oct. 31.

While the company is privately held and doesn’t have to realize financial information, Mirko Wicha, Haivision’s president and CEO, says that as Haivision focuses on selling to large enterprise, it made sense to share some details about the company’s size and success.

“I’ve got nothing to hide,” he says. “Revenue is big, consecutive profitability is unusual, the growth we’ve done is unusual, I think that’s just something I want to share with our clients, with out potential customers and I don’t mind sharing that with my competitors, I’d rather have them go on the defensive.”

Wicha declined to comment how profitable Haivision is, but pointed to the fact that the 200-person company has been entirely self-funded since it was founded in 2004.

“We fund our own growth through our profit. To sustain our growth, it actually speaks for itself, we have to be profitable,” he says. “It’s not a one-year blip, it’s not a two year blip, it’s eight straight years.”

That’s about to change.

“We are actually in the process of raising capital, because I think it’s time now to take it to the next level,” Wicha says.

He says the money raised will be used to fund the company’s mergers and acquisitions strategy.

“We’re already the leading company in the enterprise space and if you watch this space at all, there’s all sorts of fragmented players and consolidation in the market is going to be one of the names of the game,” says Peter Maag, Haivision’s chief marketing officer.

It’s a strategy the company has used in the past, acquiring four companies since 2009.

Fuelling the growth is large corporations who have an increasing demand for video and products to manage it.

“It’s really the trend in the enterprise, where more and more corporations are moving to video platforms for all of the internal and external communication,” Maag says.

It appears to be a market where the company is seeing success, it says it recently added big names like Airbus, Allstate, BP, GlaxoSmithKline, Hasbro, RBC and Scotiabank to its customer list.

“Right now we’re positioning ourselves very well in the overall enterprise market,” Wicha says. “I think the future is there for us and we’re really preparing to be the dominant player.”