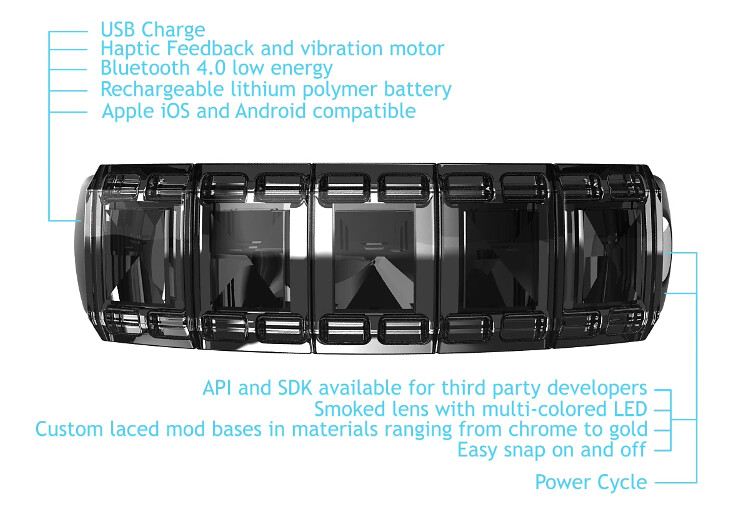 Montreal-based startup Mighty Cast today announced the availability of the SDK and API for its flagship product, The NEX Band, for developers.

The NEX Band, which Mighty describes as “the first modular wearable,” uses interchangeable “Mods” to provide social, gaming and mobile notifications. The NEX Band employs Mighty Cast’s proprietary base (the band) and token (the Mods) technology to connect physical, collectible objects to the cloud.

With the SDK and API, developers will be able to create their own applications for existing Mods, or deeper applications and stylized Mods of their own. This will allow developers to monetize their own physical and virtual components, according to Mighty.

“Because The NEX Band is modular, it gives power to the consumer to customize their user experiences on the inside and their styles on the outside; all the while protecting against obsolescence,” explains Adam Adelman, CEO of Mighty Cast. “The technology we’ve created is also extensible to other form factors outside of wearables such as toys or the connected home.”

“This provides virtual brands an opportunity to offer a dynamic physical component—something viral, shareable, traceable, discoverable and secure,” he added.