This is a continuing series of guest posts from Gregg Tilston.  As Global Social Media Manager of Flight Centre Group, Gregg is living his dream job as it marries Social Media and travel. Gregg is also a member of the Toronto Movember Committee, a cause near and dear to his heart as his father IS a prostate cancer survivor.

So last week I did something that was very brave. Well, to use the word ‘brave’ is actually kind of lame but if you knew my fear of needles you’d understand why.

I went and had my PSA test done in honour of Movember, my dad, my son, my mom, my Flight Centre Mo Bros and Mo Sistas, and a long overdue birthday present to my wife. While I was lying there (yes, I need to lie down for needles) I kept reminding myself how small this was in the grand scheme of things. What I think is amazing about Movember is that it is as much about raising awareness as it is about raising money. Don’t get me wrong.  The money in Canada raised for Prostate Cancer Canada is amazing. But if each of my buds went and got their baseline PSA done we would probably lose a lot fewer of us in the long run.

Ok, let me step off my soapbox and into the heads of Invoke. This is the amazing Vancouver dev team that brought us a tool few can live without, Hootsuite. Who doesn’t love Ow.ly?  I was so excited when Grace Carter sent me a picture of Ow.ly sporting his 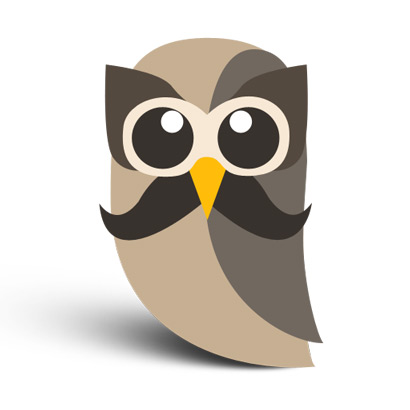 I had a chance to ask a few members of the team what Movember means to them for this instalment of Movember Mondays.

David Tedman is a Partner at Invoke.  David, who is your inspiration this Movember?

I’m doing it for my grandmother, who died with cancer.  But on a more serious note…  ‘stache would also like to say a few words… Stache (speaking in 3rd person) dedicates his contribution to Movember, specifically his shape and girth, as a tribute to that of his grandfathers ‘stache which was a healthy ‘stache, full of life.  His grand moustache, more salt than pepper in the twilight of his years, was an inspiration and also did magic tricks at birthday parties.

Kate LeGresley is a Community Manager with Invoke.  Kate, why are you doing Movember this year?

Movember is a great way to get guys thinking about their balls.  Women go to the doctors far more often than men and Movember is making it much more common for men to talk about prostate cancer. Movember means mustaches.  It means giving a smile and a head nod to a dude with a stache.  It’s an awareness campaign that takes over men’s faces in a hilarious way.

Julien Emery is a Strategist at Invoke.  Julien, what is your Mo-tivation to grow a Mo this year?

My dad was given 8 months to live (18 yrs ago) because of two tumors that are now benign and disease awareness and preventative education would have helped him avoid that situation.

Joanne Ambrosio is one of Hootsuite’s Designers.  Joanne, who are you teaming up with this Movember and why? 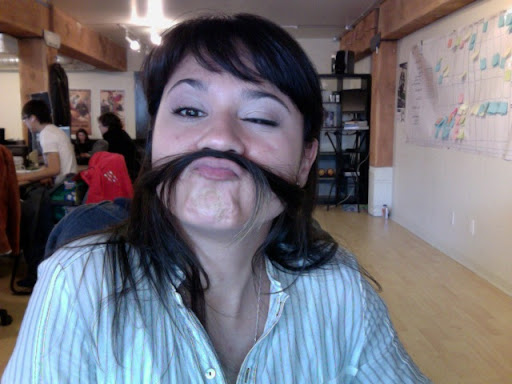 Me and my husband are doing Movember since it’s a fun way to bring awareness to people about cancer not only in men, but in general. My dad, unfortunately, is not a cancer survivor. This is my biggest motivation to bring people’s attention to something that can be (in some cases) prevented.

Kot Frankowski is in Social Media Marketing at Invoke.  Kot, who is your Mo-tivation and what would you like to see come from your involvement?

My uncle who was not lucky enough to survive cancer.  Movember means getting one step closer to finding a cure and at least getting one more person in to see a doctor. I think it’s really important to make people aware of all the different types of cancer that can affect people. I also think men need that extra nudge to get themselves to the doctor and a friendly reminder that it’s worth the awkwardness. Plus I get to sport a stache whenever I want, and I don’t have to “grow” it

Even Ryan Holmes, CEO of HootSuite, auctioned off his beard for Movember on eBay the other week.  So hats off to the gang at Invoke/Hootsuite for doing a fantastic job this Movember.  Join us again next Monday when we head to the other side of the country to find out about another great Canadian tech team that’s supporting Movember in a big way.