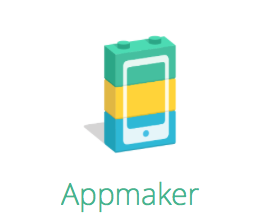 On a Thursday afternoon inside Mozilla’s loft-style office in Toronto’s entertainment district, a Maker Party is underway.

In one room, blue and yellow streamers and balloons hang from the ceiling, gaming music plays in the background, pieces of an impossible-to-assemble puzzle are scattered on a table, while a livestream of tweets flow down a projector screen from parties in cities around the world.

For this small group of staff and friends, the task at hand is to build a music app for a mobile device using Mozilla’s new Appmaker. Launched in beta earlier that week, Appmaker is a free open source tool that enables anyone, wannabe app designers to never-will-be programmers, to create personal mobile apps on their web browser.

As the latest addition to Mozilla’s Webmaker series of educational resources, Appmaker removes one of the biggest obstacles in dreaming up an idea—the coding. Users have the ability to drag and drop components like a camera, a notepad, a chatroom and even a PayPal donation tool to assemble a real working app.

Smartphone users are expected to hit two billion in the next few years. That, plus the range of mobile devices in the international market—such as the upcoming $25 Mozilla smartphone—and it only makes sense the non-profit organization well known for its Firefox desktop browser would pay close attention to this trend.

But first, they’ll have to figure out how folks actually use their mobile phones.

“This is an experiment in discovery,” says Bobby Richter, Appmaker’s product manager, “because we don’t know a lot about how people all over the world, including emerging markets, are going to use mobile technology at all.”

In six months, with input from contributors from places like the US, UK, India and Brazil, a core development team from Mozilla’s Canadian outposts in Toronto and Vancouver came up with the initial version of Appmaker. Unique to this tool is the option to remix an app, much like a music producer remixes an original song, and to share creations with friends.

“Making your own apps and being able to give that to other people gives you the opportunity to explore functionality on your phone that you would otherwise have to wait for someone else to do,” says Richter. By allowing users to have more control over what they could do with their mobile devices, individuals can build apps that are more relevant to them, instead of downloading what’s popular.

“It doesn’t make sense that apps are commodities,” he adds.

While Mozilla is certainly not the first to come up with this concept (in 2010, Google carried out—and eventually dropped—a similar initiative with App Inventor for Android), the tool is likely to attract hobbyists, predicts Paul Cebo, president and co-founder of Norbsoft, a mobile app development company in Waterloo that specializes in custom apps for brands and enterprises.

“Anything that makes building a mobile app more accessible to a bigger audience is positive for the industry as a whole,” says Cebo.

The massive interest in developing apps is reminiscent of websites a decade ago. At Norbsoft, however, and for many consumers the demand is for apps on the iOS platform. Appmaker apps support Android or Firefox OS devices, but struggle to function properly on devices like iPhones. Cebo points out that designing an app that cannot launch on iOS and be shared amongst friends with that operating system could be a limiting factor to how popular Appmaker will be.

Already Mozilla has partnered with CoderDojo, a global coding club that runs free workshops geared at youth, to throw maker parties around the world and teach digital literacy skills to the next generation.

Meaghan Bent, co-founder of the Toronto Chapter of CoderDojo, thinks Appmaker can engage learners of all ages. “The walk-throughs are encouraging and, as the platform develops a community, the resources available for people to explore the tool will grow,” she believes.

Still, at this point in time, Bent finds it challenging to require students to have the necessary devices to use the apps, even with fewer barriers to making them.

Whether Appmaker will generate a new crop of do-it-yourself innovators bringing forth fresh ideas or simply spike the number of mobile apps floating around that can emit barking noises with more cowbell, the possibilities appear endless.