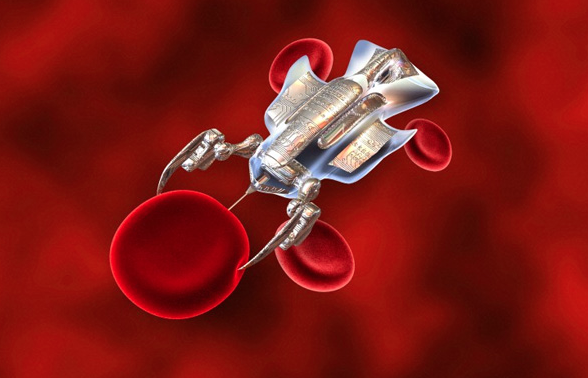 Magnetic nanoparticles can open the blood-brain barrier and deliver molecules directly to the brain, say researchers from the University of Montreal, Polytechnique Montréal, and CHU Sainte-Justine.

This barrier runs inside almost all vessels in the brain and protects it from elements circulating in the blood that may be toxic to the brain. The research is important as currently 98% of therapeutic molecules are also unable to cross the blood-brain barrier.

“The barrier is temporary opened at a desired location for approximately 2 hours by a small elevation of the temperature generated by the nanoparticles when exposed to a radio-frequency field,” explained first author and co-inventor Seyed Nasrollah Tabatabaei.

“Our tests revealed that this technique is not associated with any inflammation of the brain. This new result could lead to a breakthrough in the way nanoparticles are used in the treatment and diagnosis of brain diseases,” said the co-investigator, Hélène Girouard.

“At the present time, surgery is the only way to treat patients with brain disorders. Moreover, while surgeons are able to operate to remove certain kinds of tumors, some disorders are located in the brain stem, amongst nerves, making surgery impossible,” added collaborator and senior author Anne-Sophie Carret.

Although the technology was developed using murine models and has not yet been tested in humans, the researchers are confident that future research will enable its use in people.

“Building on earlier findings and drawing on the global effort of an interdisciplinary team of researchers, this technology proposes a modern version of the vision described almost 40 years ago in the movie Fantastic Voyage, where a miniature submarine navigated in the vascular network to reach a specific region of the brain,” said principal investigator Sylvain Martel.

Linking the navigation capability with these new results would allow therapeutics to be delivered directly to a specific site of the brain, potentially improving significantly the efficacy of the treatment while avoiding systemic circulation of toxic agents that affect healthy tissues and organs, Carret added.

“While other techniques have been developed for delivering drugs to the blood-brain barrier, they either open it too wide, exposing the brain to great risks, or they are not precise enough, leading to scattering of the drugs and possible unwanted side effects, Martel says.

Although there are many hurdles to overcome before the technology can be used to treat humans, the research team is optimistic.

“We are on the way to achieving our goal of developing a local drug delivery mechanism that will be able to treat oncologic, psychiatric, neurological and neurodegenerative disorders, amongst others,” Carret concluded.