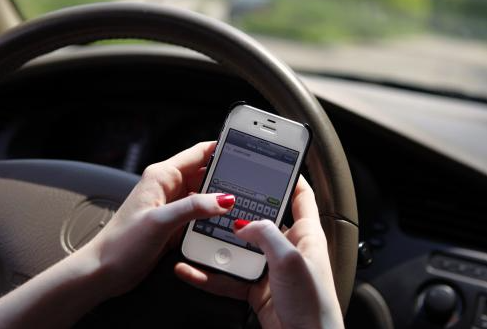 The Ontario Provincial Police reports that distracted driving now kills more people in Ontario than drunk driving and speeding combined. A recent Telus survey found that 36% of Canadian drivers admit to breaking the law by using their smartphones while driving within the last week alone.

The survey also found that 70% of Canadian passengers are uncomfortable with a driver using their smartphone behind the wheel. Yet Just 27% of Canadians confirmed that distracted driving was illegal (distracted driving is illegal in all provinces and territories, except Nunavut) and only 18% said that it was “dangerous,” “unsafe” or “distracting.”

According to the survey, 40% of Canadians can’t make it through their average commute (25 minutes, according to Stats Canada) without being uncomfortable about not returning a call, text or message. 37% of respondents said they would send a text to their boss while driving.

Telus launched a “Thumbs Up, Phones Down” campaign to raise awareness about distracted driving and encouraging Canadians to change their driving behaviours for the better.