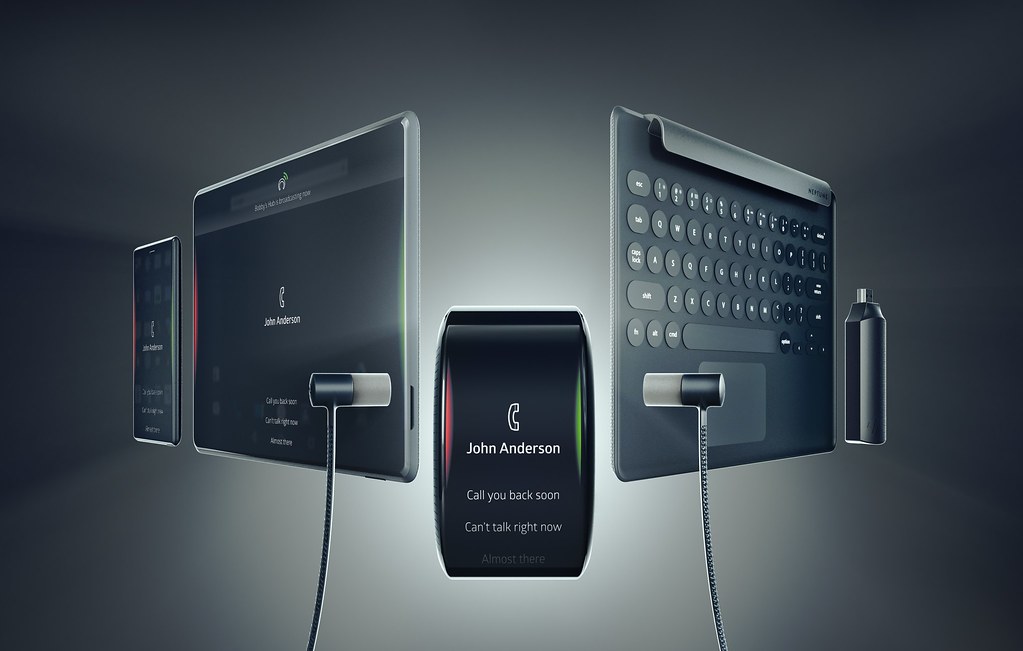 Smartwatches like the Apple Watch and wearables have been dominating the public discussion lately on the future of tech. However, as far back as two years ago, Simon Tian wasn’t too impressed with what’s coming out.

“You have all these smart watches but all they do is what your phone does and you need to have your phone with you anyways,” says Tian. “I didn’t see any compelling purpose for them to exist.”

So, while still a student at CEGEP in Montreal, Tian thought of designing a smart wearable that could rival these products. He created conceptual drawings of what would eventually become the Neptune Pine, a smartwatch that can work independently of a smartphone, sent out a press release and hoped for the best.

After a positive response and over $800,000 raised on Kickstarter in under a month, the founder of Neptune knew he was on to something, and hasn’t stopped there. He recently launched an Indiegogo campaign for the Neptune Duo, which includes a wearable “hub” on your wrist that acts as the computer, and a pocket screen which acts as a “dummy screen,” relaying the information from the hub onto the screen.

But that was only the beginning. The success of that campaign, which currently sits at $906,225 in reservations, led Tian to unveil that the Duo would actually be the Neptune Suite, which includes the Neptune Hub, Neptune Pocket screen, Neptune Nacklace – a wireless set of headphones – a tablet screen, a wireless keyboard and the Neptune Dongle, which turns any TV screen or monitor into a screen for the Hub. Tian says that launching the Duo first was intentional, and meant for it to be a soft launch for the full Suite.

“We’ve been working on this for over a year now, but we were afraid that if we came out with all of these products at once, people just wouldn’t get it,” Tian says. “Launching the duo was always meant to be a precursor to launching the Suite.”

The Suite is meant to address a problem that ails pretty much anyone who owns tech devices – with so many different products like tablets, smartphones and laptops, it can be difficult to switch between them and have to download separate apps and files on every single one. With all of your information contained in the Hub, which you wear on your wrist, all of the Suite devices just become an extension of that information and create a seamless experience. With this, Tian hopes to change the way we think about think about our computing devices we carry as separate devices.

Tian also says that this makes Neptune products more secure, as if someone were to steal a Pocket screen or any of the dummy devices, they could only really use it if they had a Hub. Currently, the entire Neptune Suite is available on Indiegogo for $649, before its launch in February next year will have it increasing to $899.