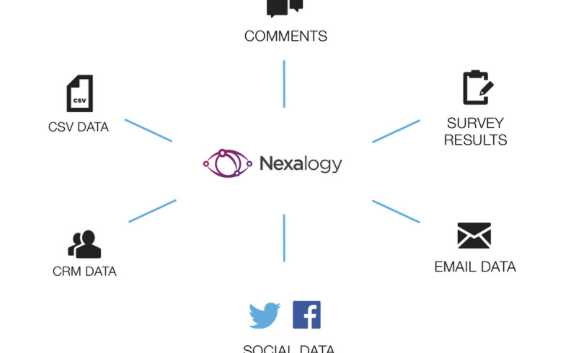 Throughout history, there have been key resources whose proper management have paved the way for humanity’s advancement. Our material economy has been marked by the use of oil: from the fertilizer that catalyzes our food, to the vehicles that bring us to and fro, oil has been the lifeblood of the 20th century.

What oil was to the past, data will be to the future.

Big data has become a buzzword, but hidden within is a significant truth: never has there been more information accessible in the world. Never has it flowed so quickly, so voluminously, ready to be collected by anybody who craves insights into how the world is moving.

Montreal-based Nexalogy is going to help manage of all that information. Social media has created a wealth of signals: the challenge now is to find the needles in the haystack as opposed to the haystack itself.

To that end, Nexalogy is all about making the analysis of large social media datasets easy and accessible. Having integrated with Hootsuite to deliver NexaMe, a personalized social media dashboard that could track the interests of your followers, and find out what else they were talking about, the company was visited with the good fortune of being Hootsuite’s number one tool on the most essential tools a social media manager could use. It’s seen incredible organic growth, with 5-10% monthly growth with enterprise users with no marketing spend.

Nexalogy has managed this because of the depth of quality analysis its’ tools gives insight-seekers. Nexalogy’s latest product release, NexaLive creates new insights with interactive interest maps that tag exactly what people are associating your brand with. It automatically curates the top words and hashtags being used along with any search term, allowing for a company like Ford to distinguish between tweets directed at them and those tweeted at the brothers of Toronto.

It shows the top links shared, and the influencers behind them, allowing for a rapid breakdown of exactly who is driving social traffic and why they are doing it.

It’s powerful technology that can be displayed prominently on a functional micro-site. NexaLive allows you to create your own public dashboard on what’s happening with any hashtag, perfect for all sorts of situations where you need immediate insight into the whirling chaos that social media can be. Events like the Startup Festival and C2-MTL have benefitted immensely from an accessible and immersive way to show what their attendees are thinking; now anybody can have access to that same level of detail starting at $40 a month.

It’s an inspiring product built by an inspiring team. The team has gone through early struggles and come out stronger, with a FounderFuel mentor, an award-winning journalist and a miracle-accomplishing development team joining a bootstrapping astrophysicist on his quest to help shed light on the world’s information.

The interest map one company found in their social data helped open up an entire new market. Looking up a complex set of keywords revolving around work boots, a Quebec company found entire new markets lurking in the social behaviour behind boot-wearers—new insights that shed light onto untapped markets they never would have considered before.

As the world generates more and more social noise, Nexalogy is looking to separate the noise from the key signals that matter. The 20th century was about finding physical resources to exploit. The 21st century will be about finding insights into the data we collect all around us. Nexalogy is suited to take advantage.