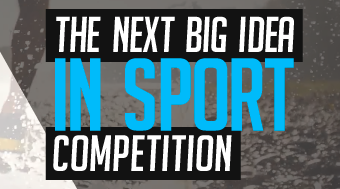 Toronto’s Ryerson University, in partnership with Rogers Communications, today announced the launch of the inaugural Next Big Idea in Sport Competition, an “innovation contest for startups addressing emerging technologies and opportunities in sport.”

The competition will provide up to 10 selected startups with four months of incubation at the Digital Media Zone at Ryerson University (DMZ) and the chance to win cash prizes totaling $100,000.

“Advancements in sport technology often lead to victories on the field of play,” said the Honourable Bal Gosal, Minister of State (Sport). “During this Year of Sport in Canada, in which so many Canadian athletes will be competing here at home against some of the best athletes in the world, initiatives such as the Next Big Idea in Sport will help Canadian athletes keep that competitive edge now and for years to come.”

The competition will be judged by a network of advisors and mentors, including Dave Hopkinson of Maple Leaf Sports & Entertainment, Kelly Murumets of Tennis Canada, and Chris Overholt of the Canadian Olympic Committee.

“We are in the midst of a performance revolution in sports that is being driven by technology, big data and analytics,” said Sheldon Levy, President and Vice Chancellor of Ryerson University.

“The world of sport has become so competitive that every advantage matters, and that’s why so many teams are turning to technological and analytical innovations to gain that competitive edge,” said Dale Hooper, Chief Brand Officer, Rogers. ” Hopefully some of that can be revolutionized by the ideas generated in this contest.”

“This competition is the first step toward our vision of creating a new entrepreneurial hub focused on sport at Ryerson,” said Cheri Bradish, Loretta Rogers Research Chair in Sport Marketing at the Ted Rogers School of Management.

Applications to the Next Big Idea in Sport Competition are due by May 1.