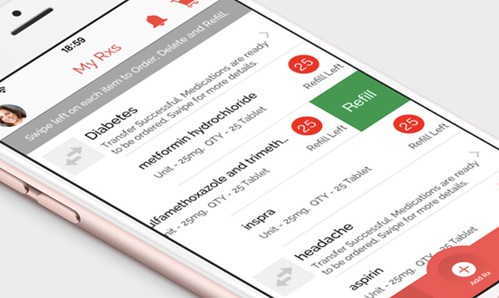 The Next Gen Dragons have completed their first angel investment.

Nicole Verkindt, President of the OMX and Harley Finkelstein, CPO of Shopify, have invested in PopRx.

PopRx promises to be the “Uber of prescriptions,” delivering medications by taking photos with phones.

“What I liked about this deal was the experience of the founders, it was their second app in the health and medical space,” said Verkindt. “And I could see myself using it, it was recognizing that this service was clearly going to be digitized and they had the technological expertise, the platform and it was perfect timing for an infusion by angel investors.”

“We have expedited the roll out, ramp up and scaling of PopRx in anticipation of our pitch to the Dragons in October but we didn’t expect to have a deal close this quickly,” noted cofounder Dr. Ali Esmail.

“We are really excited about PopRx,” Finkelstein said. “That’s why we pushed to close the deal fast and are already collaborating and sharing expertise, from the user experience to downloads and conversions.”

“The profile and deal with Harley and Nicole has already translated in the expansion of our market, we just announced last week that we can now service the Greater Toronto Area,” Esmail. “We expect that pace to continue with total national coverage in early 2016. And we just closed our initial family and friends round of financing from physician and pharmacy angel investors.”

“There is no doubt that in five years no one will be trudging out in the snow to wait a half an hour for a prescription,” Finkelstein added. “We are going to make PopRx the Uber of prescriptions.”