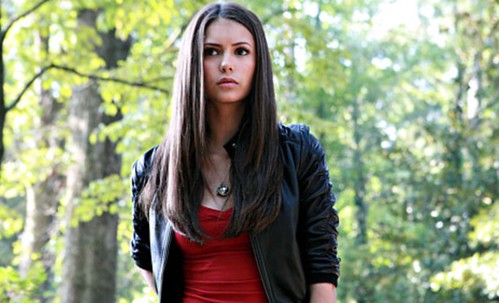 Searches for Nina Dobrev had a 13.19 per cent chance of leading web surfers to a site that tested positive for online threats. These searches ranked Dobrev as the 10th most dangerous celebrity globally. People looking for information on Justin Bieber, following the methodology below, had a 13.06 per cent chance of reaching a site with potential malware, while those searching for Tatiana Maslany had an 11.81 per cent chance.

For the ninth year in a row, Intel Security researched popular culture’s most famous people to reveal which of them generate the most dangerous search results. The Intel Security Most Dangerous Celebrities study revealed that searches for certain musicians and comedians tend to expose Internet searchers to more possible viruses and malware.

Cybercriminals are always looking for ways to take advantage of consumer interest around popular culture events including award shows, TV show and movies premieres, album releases, celebrity breakups, and more. They capitalize on this interest by enticing unsuspecting consumers to sites laden with malware, which enables them to steal passwords and personal information.

“Canadians love to keep up with the latest entertainment news and gossip,” said Brenda Moretto, Canadian consumer manager at Intel Security. “Unfortunately, if someone isn’t careful and doesn’t secure their personal devices, they run the risk of unknowingly downloading malicious software from websites they find during their celebrity searches.”

“With today’s busy culture and a desire for real-time information, consumers often click on sites that will quickly provide them with news and entertainment, without considering safety and security implications,” said Stacey Conner, online safety expert at Intel Security. “Cybercriminals leverage this need for immediacy by encouraging people to visit unsafe sites that can steal private data.”

It appears that people looking to download or listen to free music may be especially at risk.

“Celebrity names combined with the terms ‘free MP4,’ ‘HD downloads,’ or ‘torrent’ are some of the most searched terms on the Web,” continues Conner. “When consumers search for music that is not made available through legitimate channels, they put both their digital lives and devices at risk.”