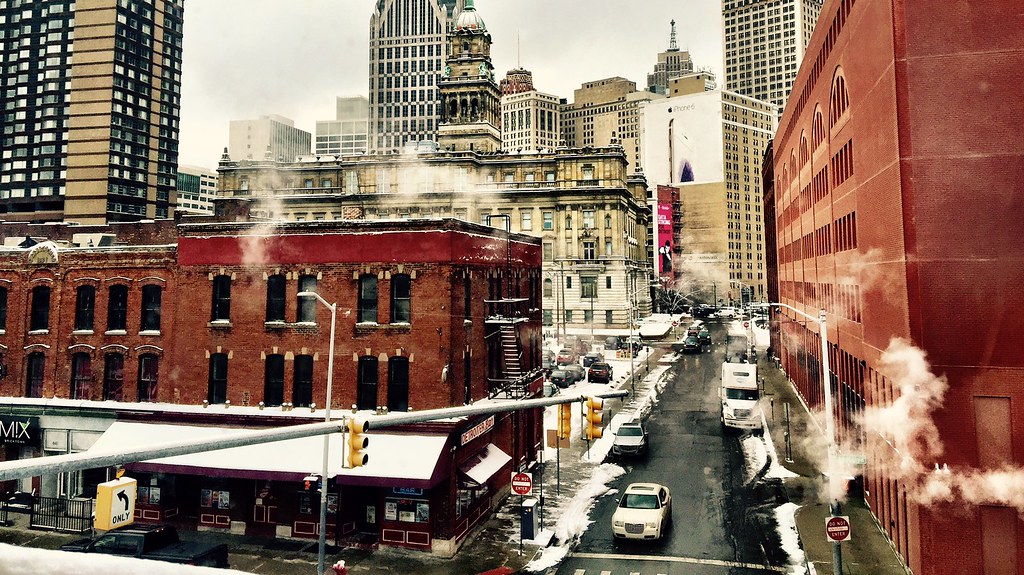 Steam hisses angrily from rusting metal pipes on a street in the downtown core of Detroit, Michigan. Despite being the heart of the city in the middle of a weekday, it’s an eerily quiet street, the sidewalk’s chunks of salt and grey, slushy mud gaining no footprints.

Not far from me is Joe Louis Arena and Cobo Center, where Detroit is once again hosting the annual North American International Auto Show. Here, no rusting metal is found, and footprints are being made on plush carpets and polished hardwood by the thousands per second.

Perusing the armies of shiny luxury imports and hefty muscled domestics stationed throughout the venue, it would be impossible to know that just outside lies a city drowning in neglect, its buildings bathing in graffiti, their window frames long without glass, their foundations—much like the foundations of the city itself—crumbling plainly and openly. And yet, perusing these fine vehicles, it doesn’t seem to matter what’s outside. This is the International Auto Show, and the show must go on.

There’s always pressure at this particular event for Detroit’s “Big Three.” In a city defined by the rise and fall of its automakers, the post-recession products of Ford, General Motors, and Chrysler are under constant scrutiny. At the turn of the millennium, these former innovators were churning out dull, uninspired hunks of metal on four wheels; following billion-dollar bailouts from the government, these companies have been spurred into a full-scale reimagining of what it means to be an American car company.

The Big Three’s eyes are locked on the future, but the past is on the radar more than ever; as Ford archivist Dean Weber noted earlier this week at the company’s Piquette Avenue plant—America’s first automobile factory, built in 1904—the culture of innovation these automakers were born from demands to be remembered, to be honoured, and to be used as inspiration for the next generation of vehicles. It has to be about more than just making new cars because the old cars are old: it has to be about innovating, about adapting to an evolving society, about making new cars because there is something new worth making. 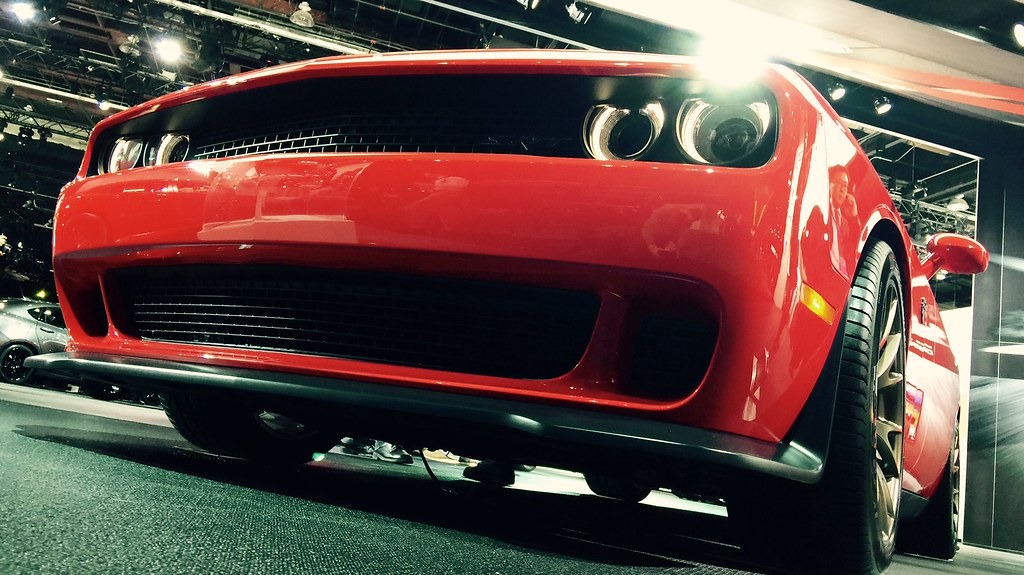 That’s why we now see glimpses of the future placed next to flashes from the past. For every Chevy Volt, brimming with cutting-edge electric technology and a silhouette nothing like cars from the century prior, we also see a Dodge Challenger Hellcat, its giant hood stuffed with a 707-horsepower V8 engine that roars like a monster and gulps gas by the keg.

But simply resurrecting the old would never work. Which is why the Challenger, while resembling its predecessor from the 70s, looks familiar—but it also boasts more than twice the horsepower of the original while also getting more than twice the mileage. Even ignoring the myriad technological upgrades that permeate every faucet of the ferocious beast, the Challenger’s revival in its rawest form represents the hunger of Detroit.

This, the Hellcat screams, is Motor City. And its menacing figure will not let you forget that.

The epitome of this new age of American automaking hails from Ford, the original of the Big Three, and the only one just clever enough to avoid government funding during the recession. It’s not quite stealing the Auto Show this year—there’s too many great things coming from too many great companies for any one brand to be a thief—but Ford’s presence is incredibly strong, even by hometown standards.

The Mustang has finally returned to being a celebrated piece of American muscle after losing its way for multiple generations. The Ford F150, America’s best-selling pickup truck for nearly four decades, still manages to constantly impress, its latest iteration of the Raptor a sight to behold. And the rebirth of the GT—the company’s renowned, Ferrari-stomping sports car Ford let fade into the pages of history books—is nothing short of magnetic, pulling crowds toward it, telling them through its glimmering blue coat of paint and svelte curves: I am the new Ford.

And the new Ford is here to stay. 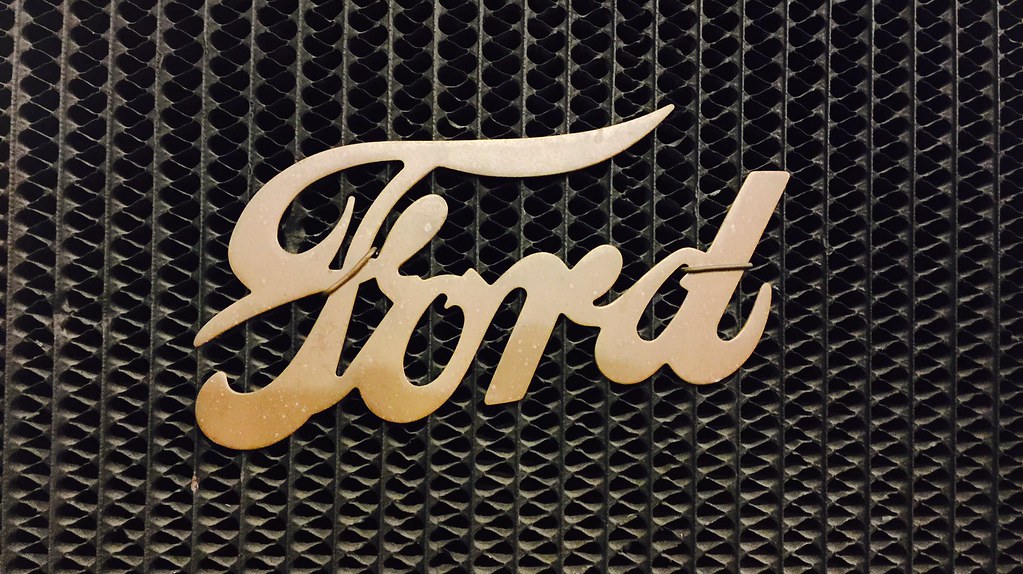 This year’s Auto Show is, more than ever, a mix of the past and future. Reinvented classics stand proudly next to futuristic space-mobiles and tiny urban-utility pods on wheels. Hulking V8 engines intertwine with all-electric motors. Wild, reckless abandonments of practicality dance with quietly helpful smartphone integrations. In an industry as mature and saturated as auto, this diversity is necessary; it sounds like a mess, but on the floors of NAIAS, it looks like pure harmony.

My breath is visible in the air as I make my way to the nearest station of the People Mover, Detroit’s well-intentioned, ill-fated rapid transit line that circles the city’s downtown. The bleak grey sky can be seen from the windows of the Mover as I sit in the train—alone. Indeed, despite a modest fare of just 75 cents, there isn’t a single other person on this train.

Perhaps because this is Detroit, and in Detroit, this isn’t how people move. Their souls can be sated only by the grip of a steering wheel, the tactile knob atop a shifter, and four wheels planted firmly on concrete, ready to spin and squeal at their master’s command.

Which should surprise no one: after all, this is the Auto Show, and the show must go on.