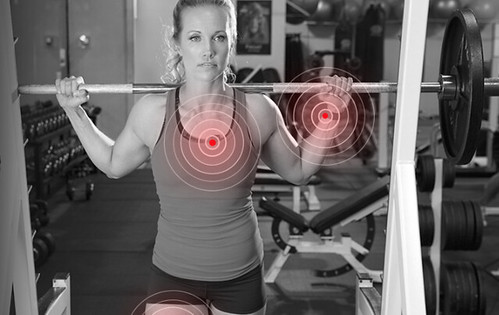 Another Canadian startup is joining the wave of hardware companies bringing wearable technology into the gym.

Ollinfit has developed three wearable sensors and a app that allows users to get feedback on their weightlifting form as they work out.

“Basically what we’re trying to do is help new beginners that are going to the gym,” says Ibadat Bambrah, one of the startup’s three co-founders. “We monitor their form and provide live audio and vibration feedback to let them know how well they’re doing and give them some recommendations to improve their form. We also have weight advising. A lot of people aren’t sure how much they should be lifting, so we monitor their motion to see if they’re lifting too much or too little.”

The app also has workout plans that users can follow.

The app uses an learning algorithm and it already incorporates data from users with different body-types, from different age groups and genders.

“We supply it with common errors that beginners tend to make, so every time our sensors detects motion it will compare it to the database that we’ve created,” says Hendrik Poernama, another one of the co-founders. “The more data that we get into our database … the more accurate our system is going to be.”

While the system is largely aimed at people who are new to the gym, Poernama says it’s also for people who are trying a new excises for the first time. He says he’s seen the demand.

“Sometimes people take a video of themselves doing the life and they post it on the internet to ask for feedback which is not very convenient,” he says. “Whoever benefits from a personal trainer would benefit from our product.”

The product will launch through a crowdfunding campaign on Kickstarter in mid-September.

The money raised through the campaign will go to produce the initial production run of the hardware, Poernama says.

“It’s also to see the market, how accepting they are of our product,” says Hani Abidi, the third co-founder.

By crowdfunding, and seeing how far they can get on their own, the three co-founders say they’ll put themselves in a better position if they decide to seek investment.

The Ollinfit system will start at US$99 for early backers before rising to US$149.

It includes “everything ready to go to get you to the gym,” says Bambrah.