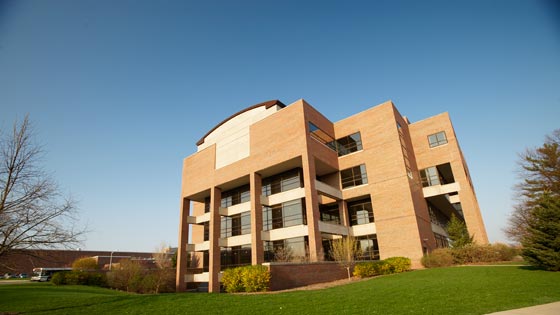 Your friendly legaltech writing team is actually typing this piece into a email as we drive back to Toronto from East Lansing, Michigan, home of the mighty Spartans. We spent the weekend in Michigan to deliver a natural extension of our writing (the more charitable among you describe it as “thought leadership” and we thank you for it) in the form of our #LegalLean lean innovation program for the evolution of the legal industry.

The Michigan State University College of Law is known for being one of the more forward-looking law schools in the world. The reason that Michigan State has adopted this role is that new law demands great pragmatism in reinventing legal education. Most law schools are still more than content to hire Professor Kingsley to recreate a timeless Paper Chase, the end result of which is a big sack of meh and a complete disservice to students graduating into the traditional legal job market that has transitioned from difficult to borderline impossible.

Michigan State has a program called Reinvent Law, which fuses elements of technology, data, and design to prepare lawyers for non-traditional careers (read: actually new and exciting) in emerging and burgeoning areas of legal services. Stuff that’s far beyond the traditional law practice associate-to-partner track. One of the products of the program has been the Reinvent Law conferences, which have been held in Silicon Valley, London, and (last year) New York, in which 800 new-lawians paid homage to their demigod Richard Suskind.

So we went to Michigan State to deliver our new #LegalLean program because we wanted to follow what we tell startups to do all the time: test your hypotheses. Our primary hypothesis was that as our relationship has progressed from coffee pals who like to talk about legaltech and what we imagine law could become, to writing about it, to working with startups in the legaltech space, that we had reached the point where we had a body of knowledge and experience that could be a consumable. And that consumable is #LegalLean.

We weren’t sure what to expect at a law school, even though we have both spent years prisoner in one ourselves. A side note on this, we both spend the better part of our self-introductions describing how we each pretty much despised our own experience as law students. Students appreciated our transparency and they related really well to us after we laid out what is a common experience of, well, quandary, many law students live through on a daily basis.

Just because people are generally young and technically-savvy doesn’t mean that they know much about lean startup or actually anything about concepts such as Six Sigma. As it turned out, the participants were truly amazing and the notion of build-measure-learn was a shared experience between us and the 45 participants in the room.

Speaking of the room, it was incredibly diverse. True diversity in ideas and people, with participants ranging from a physician-turned-law student to a heavy metal DJ—and, seriously, who knew that one even existed, especially in the pastoral US Midwest. But as Michigan legend Ted Nugent would say, it was all Intensities in Ten Cities. The ideas that we were able to help extract in the collaborative learning process ranged from startups aimed at incarcerated felons to global advisory services and technologies aimed at nomadic expats.

Absolutely of note was that the room was half women, which was remarkably encouraging as seen through the lens of both law and of innovation. It is our feeling that change in the legal industry will be a product of the kind of diversity we saw on the weekend.

Drawing ideas out of talented people is always an amazing and welcome challenge. Honestly, the quality of people and ideas in the lovely room we occupied for the day on the Michigan State campus was just wow.

What we actually did for the day was a rich stew of everything from the substantive to innovation info-tainment, bringing in our own stories and those of others who have trodden down the path of things legal, lean, and otherwise. The day is a mix of content and activities, all of which are aimed at having participants truly internalize the reality that in 2015 they have more control over their future in the law than ever before. Many of these students read books such as The Startup of You as part of their formal education, so what our offering was very complementary.

And by the end of the day, we knew that we had hit a wellspring not only by the level of engagement in the room (and, hey, no one left!) as well as great traffic on social media.

Some say that the definition of an expert is someone who travels a long way from home and talks a lot. Driving five hours each way to deliver a workshop usually isn’t our vision of an ideal weekend but this one was. We’re grateful to our new friends at Michigan State for asking questions until we had precious little voice left and for introducing us to the wonders of the Michigan craft beer scene.

Onward and upward for #LegalLean. Look back here at Techvibes within the next week for a very special Canadian version, to be offered through a particularly timely and strong innovation lens.