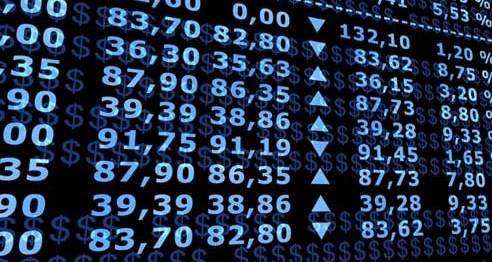 Since the start of 2013, technology and innovation has been the fastest growing sector on the TSX and TSXV. Since the beginning of last year, over 65 tech companies have gone public on the exchanges, with nine moving from the earlier-stage-oriented TSXV to the more senior and stringent TSX. Tech companies listed on these exchanges have collectively raised over $15 billion in equity capital in that time.

On Friday, July 24, the BCTIA held its weekly Grub in the Hub lunch and learn event, entitled Financing Options for Growth. The presentation was delivered by Jane Murdoch and Colin Ground, Partners with prominent law firm Cassels Brock and Blackwell LLP, which has worked with numerous high-profile tech companies.

Murdoch discussed the pros and cons of financing through public markets, along with some details about the Canadian exchanges in particular.

SEE ALSO: What’s My Startup Worth?

Important to understand when considering and preparing for a public offering is that there may be restrictions regarding the founders selling their shares. Murdoch said, “Going public is a funding event, not necessarily a liquidity event for the founders, so that’s something you have to keep in mind.”

Ground added, ”This is another place at which the interests of the institutional investors, VCs, and the founders will diverge, because the VCs will have negotiated rights to exit as part of any going-public transaction, so they’ll get the liquidity event, but founders may not.”

When the private company is doing well, there may be heavy pressure by stakeholders to take it public, but it is critical to ensure that the company is in fact ready to do so, meaning it is in a competitively strong position, and processes are in place so that it can run on auto-pilot while the executive team does the roadshow.

An anecdote was brought up about one recent high-profile company that went public. The executive team resisted suggestions to file until they felt the company and the product were ready. This was wise, as once they were occupied with the public offering, their time was consumed by scores of roadshow meetings over a period of nine days. If you are not ready, that can just become a distraction at a time when the product, market, or organization requires your greatest attention.

Paul Graham expressed the same sentiment in his essay, Top Idea in Your Mind: “I’d noticed startups got way less done when they started raising money, but it was not till we ourselves raised money that I understood why. The problem is not the actual time it takes to meet with investors. The problem is that once you start raising money, raising money becomes the top idea in your mind. That becomes what you think about when you take a shower in the morning.  And that means other questions aren’t.”