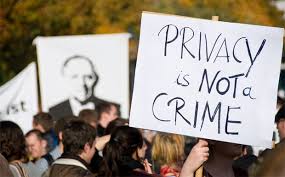 Open Media, a Canadian non-profit organization that advocates for freedoms in media and communications, has started a petition in response to anti-privacy laws tabled by the Conservative government prior to the May 2 election. As part of their election platform, the Conservatives promised to reintroduce the legislation and to have it passed within their first 100 days in office.

The Conservatives promised as part of their election platform to reintroduce legislation tabled before the May 2 election that would “give law enforcement and national security agencies up-to-date tools to fight crime in today’s high-tech telecommunications environment.” They committed to passing the legislation within their first 100 sitting days in office.

According to CBC News: “The government and law enforcement officials say the laws are necessary because technology provides new ways of committing crimes and makes them harder to investigate.”

Open Media however, is concerned that “If these bills pass, we’re looking at a future where a range of ‘authorities’ will have the ability to invade the private lives of law-abiding Canadians and our families using wired Internet and mobile devices, without any justification.” They also believe that our information will become less secure, more susceptible to cybercrime, and that, the cost of developing the technology and infrastructure to support such bills will be passed from Internet service providers to consumers.

Open Media expresses that the bills “are poorly written, use vague terms, and provide dangerously unchecked powers to government.” They also cite the fact that the Office of the Privacy Commissioner of Canada wrote a letter that criticizes bills C-50, C-51, and C-52. In the letter, they express:

While we understand the need for law enforcement and national security agencies to function effectively in the context of new information technologies, in our view, it would be misleading to suggest that these bills will simply maintain capacity. Taken together, the proposed changes and new powers add significant new capabilities for investigators to track and search and seize digital information about individuals.

It is also noteworthy that at no time have Canadian authorities provided the public with any evidence or reasoning to suggest that CSIS or any other Canadian law enforcement agencies have been frustrated in the performance of their duties as a result of shortcomings attributable to current law, TSPs or the manner in which they operate. New powers should be demonstrably necessary as well as proportionate. Ultimately, even if Canadian authorities can show investigations are being frustrated in a digital environment, all the various powers that would be granted to address these issues must be subject to rigorous, independent oversight.

The bills from the last session included:

By Wednesday evening, the same day the petition was launched, 30,000 people had signed, Open Media reported.