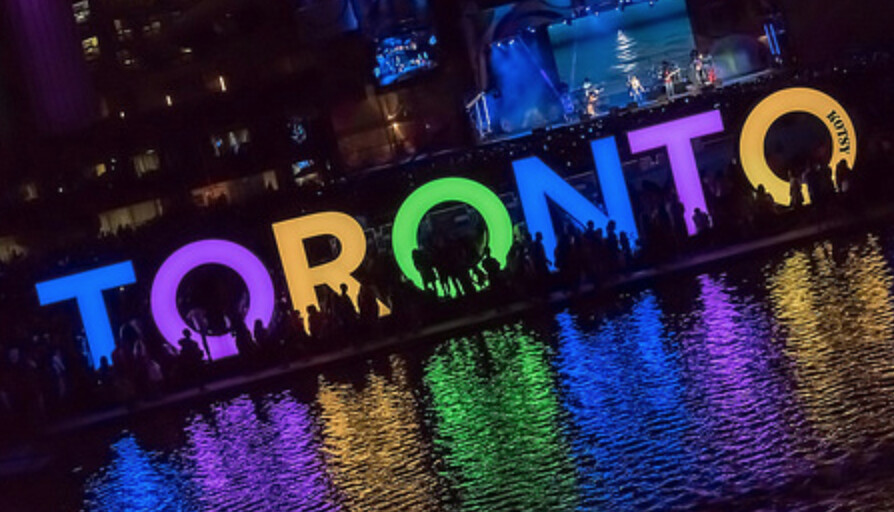 The Pan Am Games have come to a close and the Parapan Am games have commenced. Even now, Toronto still isn’t sure how to feel about them.

The games’ first few weeks were relatively quiet, followed by an abrupt increase in overall enthusiasm, prompting a boom in ticket sales over the final weeks. However, such a slow start has left many wondering why it took Toronto so long to get into the spirit and whether they ever had access to the information they needed to embrace the Pan Am Games.

“We didn’t do any advertising, any outbound marketing to mass media. Our strategy really was around the simplicity of the message,” said the CEO of FUSE Marketing Garo Keresteci.

According to Keresteci, the agency placed in charge of Pan Am digital initiatives, the strategy used to market the games to Canada’s largest city wasn’t much of a strategy at all. The twist? This was done on purpose.

“Locally, we knew there would be a huge percentage of sales right close to games time. Once the games started, the numbers went crazy,” said Keresteci, who claims that it’s impossible to control the message around such a huge event.

While the handling of the games’ advertising was critiqued by several outlets, media coverage played only a supporting role in the negative narrative surrounding the Pan Am Games. Several other factors influenced the city’s attitude towards the event. These especially included the HOV lanes installed specifically to enhance the Pan Am experience, which were claimed to simultaneously diminish the experience of other drivers on the road.

Furthermore, copyright laws prevented ample use of trademarked terms on social media networks, which further shielded news of the upcoming games from the public. Those writing on the subject throughout the games seemed to agree that, all in all, Pan Am could have been handled better, especially since they may have been poised as a hint at a future Olympic bid.

According to Keresteci, there was no opportunity for the Pan Am Games to be presented in the same way as the Olympics, nor was that the intention. “It’s definitely a different marketing machine. We may not have all the top athletes, but the up and coming stars get their start on a global stage at the Pan Am Games.” Did the problem lie perhaps in Toronto’s expectations for a grander affair?

He went on to say that though the Pan Am games were a huge step for Toronto, they simply didn’t have the budget to create a brand that resonated with the public on the same level as the Olympics.

“The Olympics is probably the strongest brand in the world. The challenge in a Pan Am Games is that budgets are limited. You’re using a lot of public money, sponsorship money. You have to keep to a budget, which they did. You have to be responsible. Not to say that there isn’t a budget with the Olympics, but the dollar numbers are just so much larger.”

Keresteci believed that the initial mixed reaction stemmed from a lack of knowledge about what exactly the games were. They weren’t the Olympics, but they weren’t amateur hour. So, where does that leave them? Much like the allotted budget, somewhere in the middle. While the 2012 Olympic budget came with a price tag of $14.8 billion. Pan Am was awarded a mere $2.5 billion. Pan Am was never intended to be an Olympic event, and therefore, could not be awarded an Olympic send off, but the problem arose when no alternate narrative rose to take its place.

“Until there’s game stories – the stories of the athletes – which we saw emerge very quickly, on the eleventh of July, you don’t have a lot to say. Before that, you saw the smaller negative things like the HOV lanes come out. But that was quickly drowned out when the real stories started,” said Keresteci.

Keresteci doesn’t believe the Pan Am games were, “an incredible piece of marketing ingenuity.” Perhaps the gaps left unfilled by the organization themselves were quickly filled with mainstream media’s interpretation of their silence. Negative attitudes surrounding Pan Am were rivalled only by those who didn’t care much either way. As a result, ticket sales looked bleak and the city stooped to petitioning citizens to participate. It wasn’t until the games had almost passed us by that seats began to fill.

“According to their figures, many events are now selling out, overall sales have cleared the million-ticket mark and broadcast partner CBC has added hours of daily coverage due to popular demand,” stated Dave Burnett of AOK Marketing group in a special to the Financial Post.

Several, including Keresteci blamed the initial lack of support on the absence of top athletes. Oliver Sachgau of the Globe and Mail agrees. “For a while there, it seemed that ticket sales would fall short of expectations, with just half of the 1.4 million tickets sold shortly before the Games. Experts blamed the lack of star power, as many high-profile athletes such as sprinter Usain Bolt and swimmer Michael Phelps did not show up for these Games.”

With a total of 217 medals, Pan Am is Canada’s most successful games, and many believe this success may have boosted ticket sales near the end. However, the question remains: why did it take so long?

Many experts, such as AOK’s Burnett, have claimed that an event’s marketing campaign has the potential to predict its success. The reason is simple—it’s during that time that the product of this advertising either resonates with the public, or doesn’t.

From a marketing standpoint, Burnett calls the Pan Am games an “unmitigated disaster,” claiming that organizers lost control of the narrative early on. He goes on to describe the controversies surrounding costs and high ranking officials as second only to the blows dealt by the lack of publicity surrounding the athletes participating.

So in the public sphere, Pan Am was a failure? Not necessarily. Keresteci’s right in claiming that the games’ narrative has completely reversed. Headlines that once read “Fears of a Pan Am Games flop: Toronto faces empty hotel rooms, unsold tickets and angry locals” have subtly evolved to read “Canada’s Pan Am Games success leaves nation wanting more.”

Keresteci stated that advertising the games any earlier would have been an “irresponsible use of mass marketing dollars.” With these limitations however, would the city have warmed up to the games without something, or someone, to cheer for?

At the end of the day, Toronto’s reasons to get involved weren’t the logo, the sponsors or the website. They were Crispin Duenas, archery, Andre De Grasse, track and field, and Donna Vakalis, pentathlon. Reading the closing headlines, riddled with praise for Toronto’s ability to put on a world class show, it seems Keresteci was on to something.

Pan Am Games’ public image was in good hands after all, despite them being simply a different set of hands.