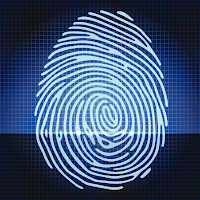 Montrea’s PasswordBox has announced a new partnership with Samsung to roll out an updated version of the PasswordBox Android app for the Samsung Galaxy S5, which leverages the new smartphone’s fingerprint sensor.

According to an update on PasswordBox’s blog, the new app will allow users to access PasswordBox accounts with fingerprint biometrics.

This is an interesting development and signals an interesting trend for Samsung and the Galaxy S5 smartphone’s fingerprint sensor, which has made its way into the workflow for a few third-party apps.

In contrast, the Apple iPhone 5S currently only allows users to unlock the device and authorize iTunes purchases.

PasswordBox announced last month a strategic partnership with Toronto’s Bionym, the makers of the Nymi, the award-winning wearable tech wristband that securely authenticates the wearer’s identity by their unique cardiac rhythm (ECG) biometric.