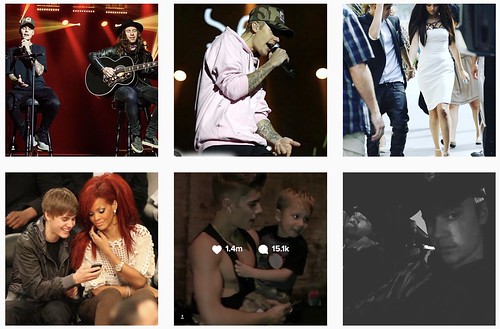 In Canada, the days which saw the most Instagram days were Valentine’s Day, followed by Halloween and Mother’s Day, and then New Year’s Day and Easter.

The most popular locations tagged in Instagrams in 2015 were Niagra Falls, followed by Rogers Centre and Air Canada Centre in Toronto, and then CN Tower and Canada’s Wonderland in Vaughan.

This was Bieber’s top post, racking up 1.8 million likes. Drake managed nearly 900,000 with this one.

Globally, Kendall Jenner had the most popular post (3.2 million likes), though Taylor Swift accounted for half of the top 10 posts, who gained the most new followers on the platform at 39 million. Disney properties were the world’s most popualr geo-tagging locations; other popular locales included Times Square, Central Park, and Madison Square Garden, all in new York.