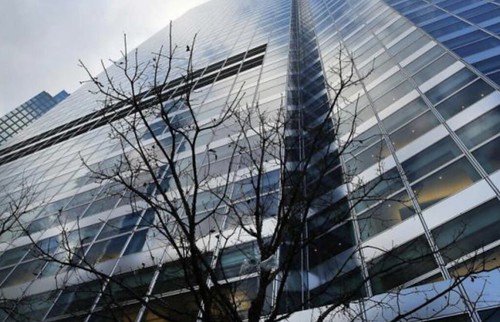 Then you go to your prospective investor meetings and things don’t feel quite the same as how they did at home. What’s different?

From my experience at Bridgit, pitching investors in the US has typically started with a different conversation than the ones in Canada and here is how:

When we first launched our platform Closeout in 2014, we were focused on one very specific workflow for the construction industry. It was a huge painpoint, and our excitement around it caused us to fixate on the details when speaking with investors, rather than telling them about our bigger plan.

It wasn’t until spending time with founders based in the Valley that I learned how to tell our story in a different way—the Valley way. We now start our pitch with the bigger vision, and only then do we dig down into the details. It’s a small change to make in your pitch, but one that made a meaningful difference when speaking with US investors.

2. All investors are equal—some are just more equal than other.

The US has a significant number of venture capital firms and as an early stage Canadian company, it seems exciting to have a shot at bringing on some US capital, no matter who it’s from. However, because there are so many investors, the emergence of tiers inevitably exists.

This means that while there are many highly regarded firms, there is also some that run more in the middle of the pack. At the end of the day, a company should be aligned with their investors, tiers aside, but understanding that who you bring on in an earlier round of financing, will impact the perception around later rounds is important.

I have found that later stage US investors are very aware of who your earlier investors were, and it will play a role when they are assessing the opportunity. Because the community is smaller in Canada, the investor tiers haven’t explicitly emerged which, in my experience, means this holds less weight compared to other due diligence items when seeking investment locally.

3. Leading the charge in diverse investments

Multiple US funds and events have announced that they are specifically allocating resources to diverse investment opportunities – Intel launched a $125 million fund this past summer, Golden Seeds is focused on investing in female-run companies and Google Demo Day: Women’s Edition will be showcasing 12 international companies that are female-run.

Although this conversation has certainly entered the Canadian tech ecosystem, there hasn’t been a whole lot of action yet. Ideally, events and funds targeted to female entrepreneurs will no longer be necessary in the future, but until then I have observed far more progress in the US than I have in Canada since launching Bridgit. If you are a female-led company there are likely some compelling investment opportunities and channels to leverage in the US.

Next week, Bridgit will be participating in Google Demo Day: Women’s Edition in San Francisco. This opportunity will provide the chance to meet founders from around the world and to discuss not only the differences between Canada and the US, but between Canada and Israel, South Korea, the UK and more.