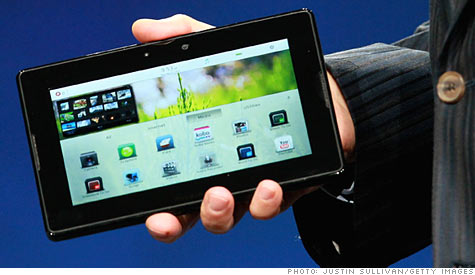 Research In Motion’s BlackBerry PlayBook is disappearing from stores across the US and Canada, including Wal-Mart, Best Buy, and Staples. At least one industry expert believes this supply shortage is a strong signal that the Waterloo company is readying a successor device.

In some cases, the tablet is listed as being out of stock. In other cases, the device isn’t even listed anymore.

RIM has been selling the PlayBook dirt cheap for the past year. However, sales have still been poor.

Even so, RIM launched a 4G PlayBook not long ago. More recently, it updated the OS to 2.1.

The company hasn’t responded to inquiries relating to PlayBook inventory – another sign that suggests something is going on. Demand has not been strong enough to trigger a supply shortage, which means RIM has deliberately stopped shipping new units. The question is, why?

Bob O’Donnell, program vice president for clients and displays at IDC, told Computerworld he believes RIM is indeed plotting the launch of an all-new tablet. “There have been rumblings of RIM doing a second-generation product,” O’Donnell said. “I don’t think they are going to quit the market yet.”

BlackBerry 10, which a new RIM tablet would logically run on, is slated for a March release.