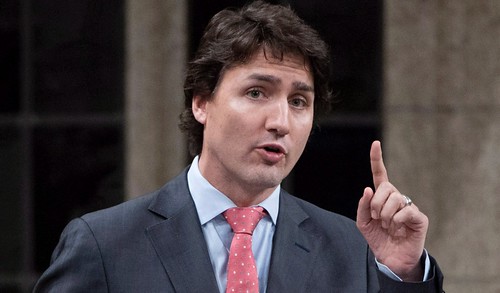 This week the BC Cleantech CEO Alliance released an open letter to Prime Minister Justin Trudeau.

In the letter, the CEO Alliance makes four recommendations to the Prime Minister to transform Canada into a global leader of cleantech investment, innovation and entrepreneurship.

“Over the past decade, the global market for clean technologies has grown to more than $1 trillion as demand for cleantech solutions spread to virtually every sector of the economy including power generation, forest products, oil and gas, mining, chemicals, manufacturing, agriculture and transportation,” the letter reads. “While Canada’s cleantech industry has shown impressive growth in absolute terms, we are losing global market share to increasing competition from the United States, China, Germany, Singapore, Israel and other jurisdictions that are investing billions to compete in the global race for cleantech talent and capital.”

Canada faces a critical decision: to invest in the continued growth of cleantech and the path to sustainable prosperity, or to hold back and see our leadership eroded as other countries develop the technologies of the future. We believe the Federal Government has a unique opportunity to transform Canada into a global leader of cleantech investment, innovation and entrepreneurship that can form the foundation of a diverse, competitive and prosperous economy while solving the world’s most challenging energy and environmental problems.

The four recommendations are:

1. Establish a $1 billion cleantech loan guarantee program to make early-stage projects bankable. “There is a gap in available financing for the initial commercial deployments of new technologies for clean power generation, carbon capture, food production and water treatment. A loan guarantee, such as those developed by the U.S. DOE or the Swiss government, can guarantee a portion of project debt and reduce the risk for banks to provide loans that are needed to accelerate the deployment of clean technologies.”

3. Invest $1.25 billion to transform Sustainable Development Technology Canada into a global flagship of cleantech development. “SDTC’s Sustainable Development Tech Fund should be recapitalized with $150 million per year over five years. SDTC’s NextGen Biofuel Fund should be renamed, restructured, and expanded from a narrow biofuels focus to fund all types of clean technologies and capitalized with $100 million per year over five years to support later stage commercialization projects.”

The letter was signed by many cleantech CEOs, including Jonathan Rhone of Axine Water Technologies, Andrew Morden of Corvus Energy, and Ben Nyland of Loop Energy.