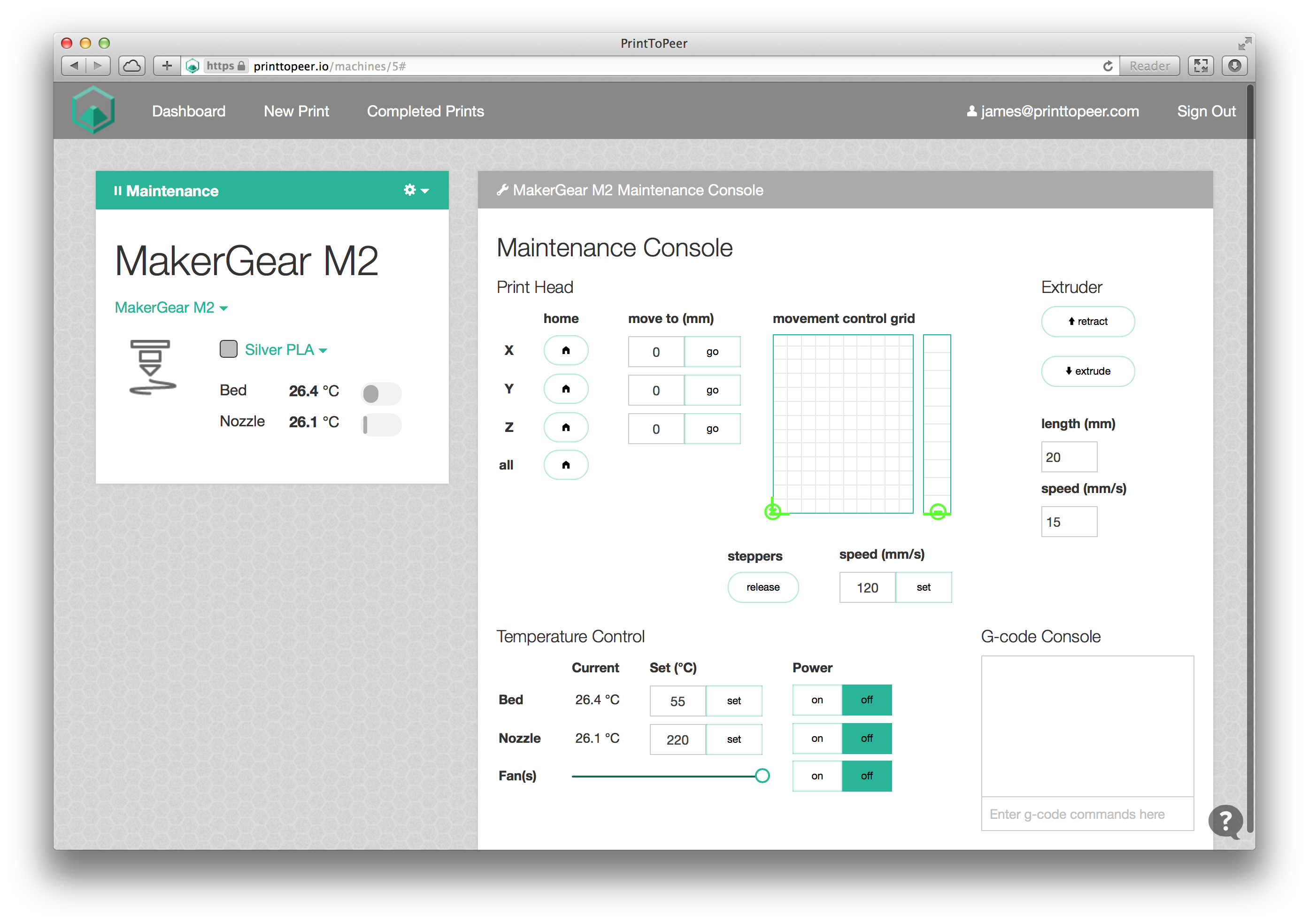 3D printers seem like science fiction but one Canadian company argues the high-tech machines are “essentially operating in the stone age.”

“Paper printers went from parallel ports, to plug-and-play USB, to wifi, but 3D printers are still standalone and not networked,” explains PrintToPeer, a startup currently part of Vancouver accelerator GrowLab.

The company, which was listed on our most recent edition of the Techvibes 20, wants to change that and is building a common operation system for 3D printers, raising money to do so via Indiegogo.

“Printing an object is really awkward; you currently need three different pieces of software, with hundreds of settings in each,” PrintToPeer says. “Each printer, object, and material has different settings that need to be entered manually, and your laptop has to stay with the printer for the entire 18 hour print unless you physically transferred files via SD card.”

PrintToPeer is replacing this with cloud printing and a dashboard and workflow. Of the 500 types of desktop 3D printers on the market, PrintToPeer networking will allegedly be compatible with 80% of them.

The startup was founded by Tom Bielecki, Kaz Walker, and James Thorne.