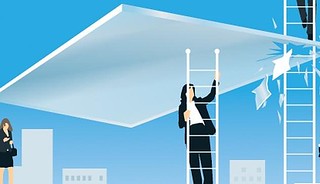 Pythian, a 400-person global IT services company, announced this week its new Pythia Program and revealed its gender statistics along with a new glass ceiling metric called the Pythia Index.

Under the Pythia Program, Pythian will actively pursue diversification of its talent base with a specific focus on recruiting women who are making a difference in the IT industry, a segment that cuts across every talent group.

Inspired by Microsoft, Twitter, and Google, Pythian is the first technology company headquartered in Canada to announce its gender stats: 24 percent of Pythian employees are women, 35 percent of the company’s executive leadership team are women, 27 percent of managers are women, and only 9 percent of technical roles at Pythian are held by women.

In male-dominated classical Greece, the most powerful and influential independent voice belonged to a woman: the Pythia, also known as the Delphic Oracle. Inspired by her, the Pythia Index measures the proportion of people in a business, or in a team, who are women leaders or report to a woman leader.

Pythian currently has a Pythia Index of 56 percent, which means 56 percent of employees are women leaders or report to a woman at some level in the org chart; 44 percent of Pythian employees, however, do not have a woman leader in their reporting structure.

Dissatisfied with these statistics and the rise in the so-called “bro culture,” which is becoming more pervasive in the high-tech industry, Pythian is actively seeking to increase the percentage of women in its workforce and proposes that all technology companies should measure and report their Pythia Index.

Pythian’s VP of Human Resources Heidi Hauver confirms that the program will involve a comprehensive review of the company’s talent management practices for unconscious biases and the removal of any barriers that may exist. “Talent is our business,” states Hauver. “We want to attract, retain and engage the world’s top women. By leading by example, we can champion change and become a part of a very important conversation in the IT ecosystem.”

More information on the Pythia Program is available here.