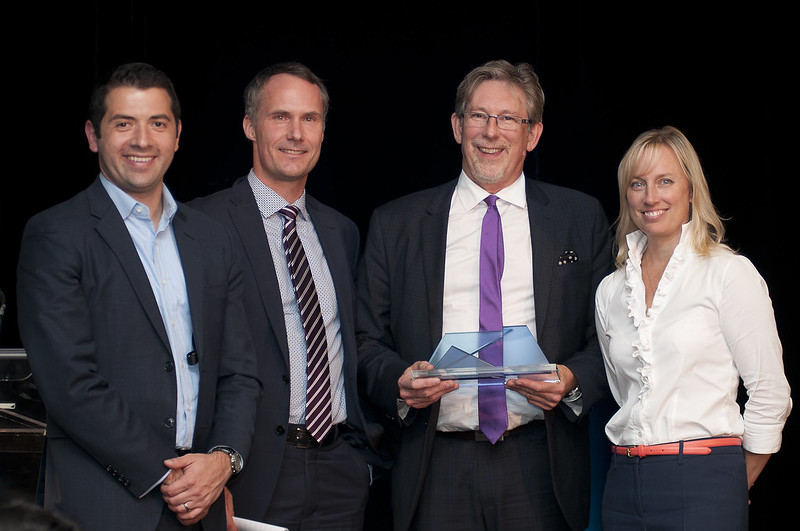 NACO, the National champion of Canada’s angel investing community, announced today, the winner of the Canadian Angel of the Year Award.

The award, presented by BDC Capital during the annual NACO Summit, is each year given to “an experienced angel investor who has made a significant contribution to the development of the Canadian Angel ecosystem.”

The winner of the Canadian Angel of the Year Award, Randall Howard, a senior serial technology executive, was selected among four nominees who were evaluated by an independent panel of judges.

Randall Howard helped grow Golden Triangle AngelNet by driving its Selection process such that over 40 transactions were completed from inception in 2009.

“It is by collaborating and co-investing with strategic players, like angel investors, that we are able to help Canadian start-ups grow into successful businesses that can compete globally and create wealth here in Canada,” said Jérôme Nycz, Executive Vice President of BDC Capital.

“As Angel investing grows, it is important to recognize the leaders in the community,” commented Michelle Scarborough, Chair of the National Angel Capital Organization.

NACO also acknowledged and congratulated three other outstanding nominees for their achievement and remarkable contribution to angel investing in Canada. They were Gerard Buckley, Mike Edwards, and Robert Brouillette.

The National Angel Summit brings together 200 Angel investors, industry leaders and startup CEOs from across North America and around the world debating the trends for investing in and supporting early-stage companies in Canada.