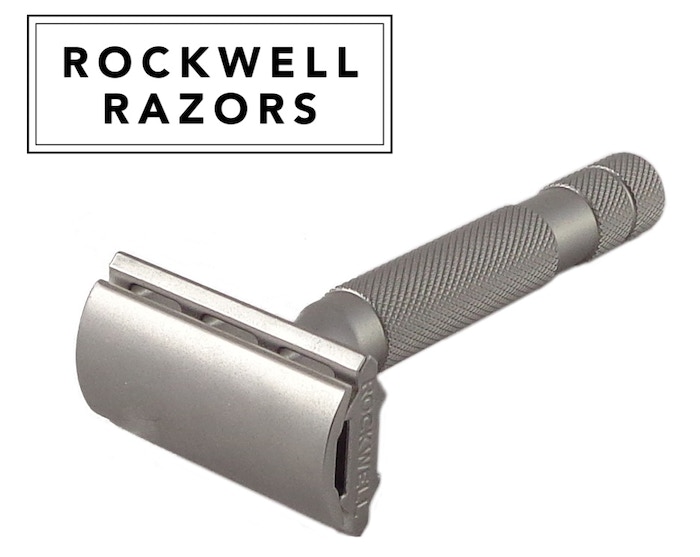 Gareth Everard says he’s fed up with the razors are marketed.

The multi-blade cartridges sold by big razor companies are over-priced and rely on marketing gimmicks that don’t provide a better shave than a single blade, he says.

While some startups have entered the market, he says they’re not really offering anything different in terms of product – just locking customers in to a subscription.

Everard says he’s trying to change that. He’s the co-foudner of Rockwell Razors, a Toronto-based startup that sells single-blade safety razors – reminiscent of the ones that were popular 60 years ago.

He’s currently launching his company’s second razor, the Model T, through a crowdfunding campaign on Kickstarter.

He says he “doesn’t understand what’s so great” about gimmicky multi-blade razors. “One blade is so much better and the blade costs 10 cents.”

He’s not joking, Everard sells packs of 100 razor blades for $10. He says that should be enough to last for two years.

It’s not just the cost, he says, a single blade also gives a closer shave.

He says it’s the cartridges themselves that often irritate people’s skin when they’re shaving and lead to things like ingrown hairs and razor bumps.

Everard describes the razor as an adjustable safety razor.

“What adjustable means is it’s just changing the angle that the blade cuts the hair against the skin, which means that ultimately you can get a very, very close, comfortable shave,” he says. “No matter what skin type you have.”

Everard says the dominance of the multi-blade cartridge has much more to do with business than delivering a better shave – the first razors to use disposable cartridges were developed in the late 50s and early 60s, right around the time that the design patent on the safety razor ran out.

There’s a similar reason for the addition of extra blades and other features, Everard says.

“If you actually look at when new cartridges came out, it pretty closely lines up with every economic downtown,” he says. “For example, five blades came out in 2008.”

He says that’s because the razor market is pretty much everyone.

This is Everard and Rockwell’s second successful Kickstarter. The first campaign, which started in the fall of 2014, raised almost $150,000 to bring a simpler razor to market.

But while the crowdfunding aspect was successful, the final product delivered by the manufacturer didn’t live up to Everard expectations.
Everard ended up getting a new manufacturer and replacing every razor that had been sent out to his backers.

It was an expensive learning experience.

He says he plans to take a much more active role with quality control.

“I will absolutely be terrifying their work,” he says.

For Everard, crowdfunding has been a great way to get feedback on his product and build a community of passionate early adopters.

It’s something he takes very seriously, Everard says he’s already decided to make one part out of brass instead of zinc on the basis of feedback he’s gathered in the first couple days of the new campaign.

The next step for Rockwell will be a move into retail. Everard expects that to happen in August or September.