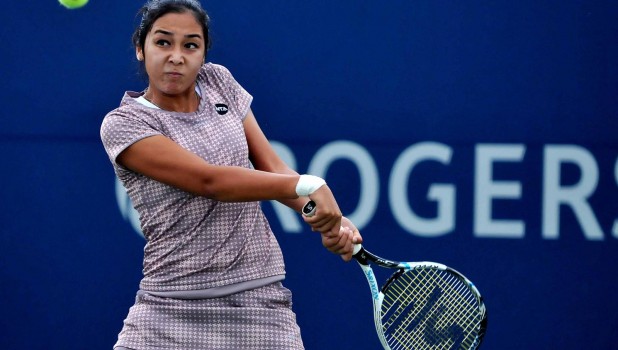 With the Rogers Cup putting more focus on digital and social media, gone are the days where tennis matches were a scene exclusively frequented by middle-aged wealthy white people donning fascinators and Ralph Lauren polos.

This year, Rogers Cup has taken to Twitter more than ever, encouraging the use of hashtags and even getting players like Serena Williams to post a selfie via Twitter mirror, which is located in the tunnel where the players make their entrance. Their new and updated website, along with their Rogers Cup app means people are connecting to tennis in ways they never have before. Through the Twitter TV booth on the grounds around Aviva Centre, where the matches are played, fans are encouraged to come and take a #RogersCup selfie complete with tennis rackets and tennis balls.

Through the use of social media, Rogers Cup hopes to open up the tennis scene and drive it away from how it’s usually seen, which is as elitist, says Mark Healy, CMO of Tennis Canada. Tennis Canada, which owns the tournament, also hopes to bring in newer, younger fans, which is evident through the Twitter engagement with Rogers Cup. Rogers Cup has even taken to the Snapchat, sending live updates and behind-the-scenes footage of athletes to fans.

With live coverage and one-on-one interviews with players being constantly tweeted, Rogers Cup is aiming to bring fans closer to the players. One of the ways in which they’ve done this is by revamping their website, making it sleeker and more user friendly, and by creating an organized app. One of the coolest features on the app is a schedule of who is playing on the practice courts, so that fans can actually go see their favourite athletes up-close just doing their daily practice.

“What we want to do is start to attract the next generation of fans,” says Healy. “Digital became a massive focus, so we staffed up our digital and social team like crazy.”

By doing a quick tour of the grounds, the change is evident. Fans of all ages are there, and a simple search of #RogersCup, or another hashtag like #GenieArmy for fans of Canadian player Eugenie Bouchard, shows that people are actively and consistently engaging.

With social media integration becoming so important, the tennis scene is seeing a shift in demographic and bringing in both hardcore fans and curious new fans alike.